The story on how I got the bus goes like this. My buddy Duck, another story in it self, knew about two buses on a farm in Barnesville and he said that he was going to get them. He kept saying that same story for over a year. I never seen the buses and just thought it was another tale. I did tell him that I was interested in one of them and the day that he got them to let me know I would probably buy one. One day I went over to his "junk" yard and he told me that he was going to get them tomorrow so I said ok and that I would check back tomorrow. The next came and I went by, he was not there but the two buses were. I left him a note saying that I was interested and to call me when he got back.

Later that day he called and said he was at the shop/yard and I could come over. So I went over there and we struck a deal on the red and white bus for some old rims I had and $200. The red bus at the time had both front and rear bumpers and all the deluxe trim.

This was where I found the bus but it was found earlier that day on a farm outside Barnesville. 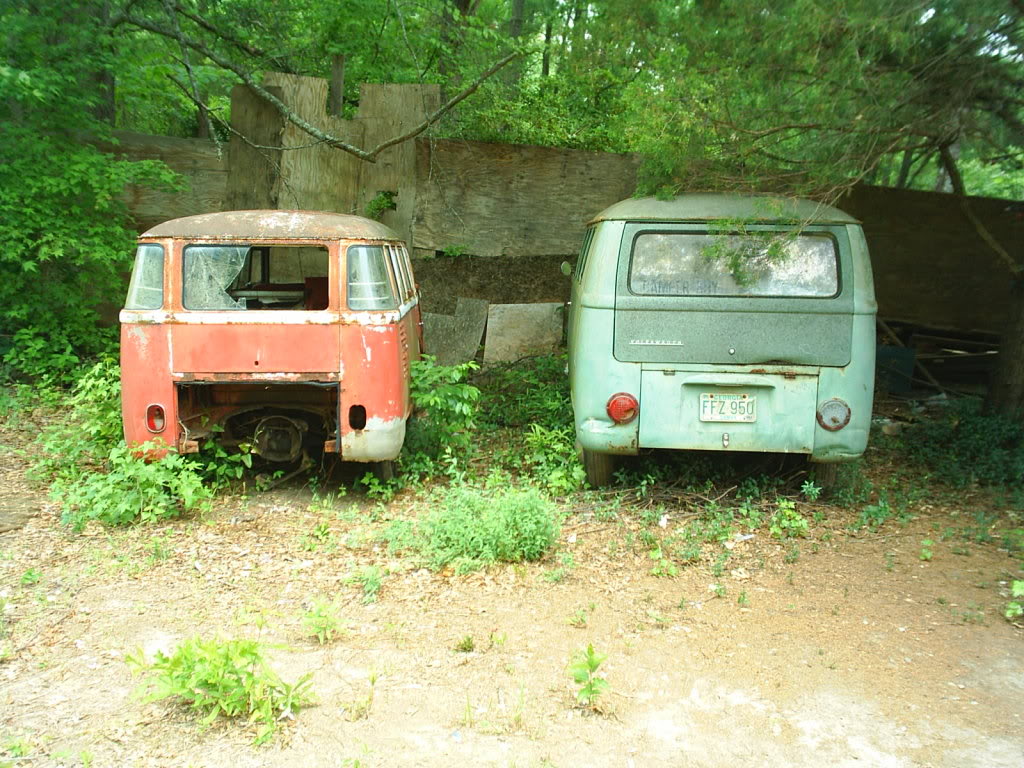 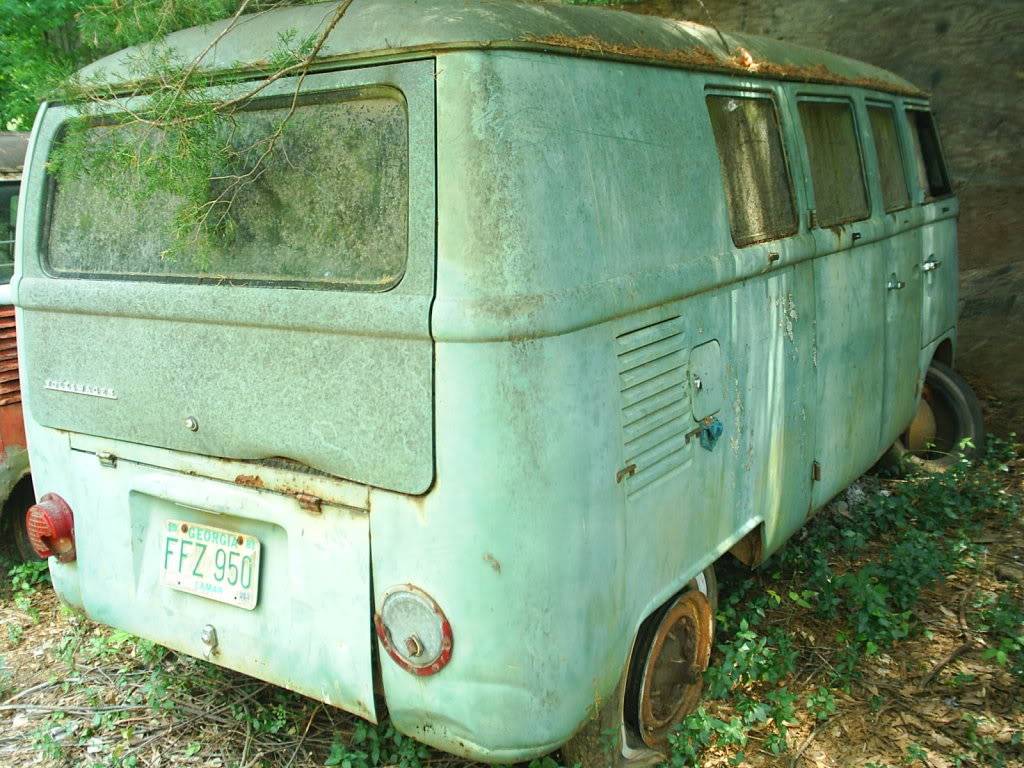 After putting on a couple tires and getting it on the trailer. I finally got it home and gave it a quick bath and took the trailer lights off the back. 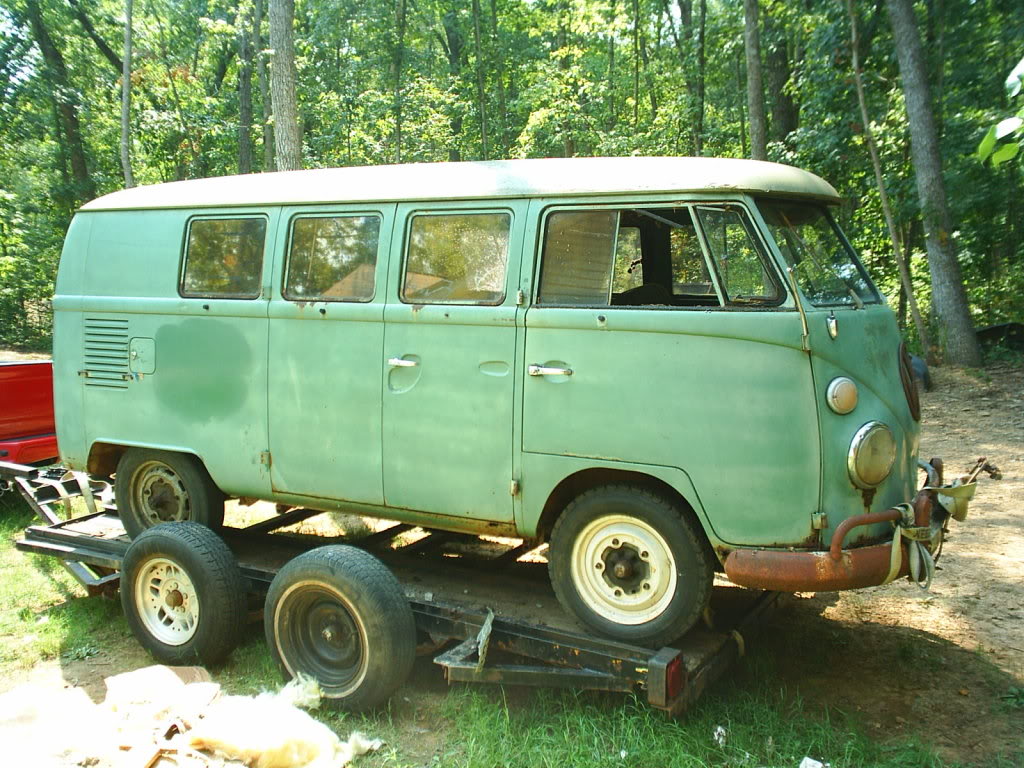 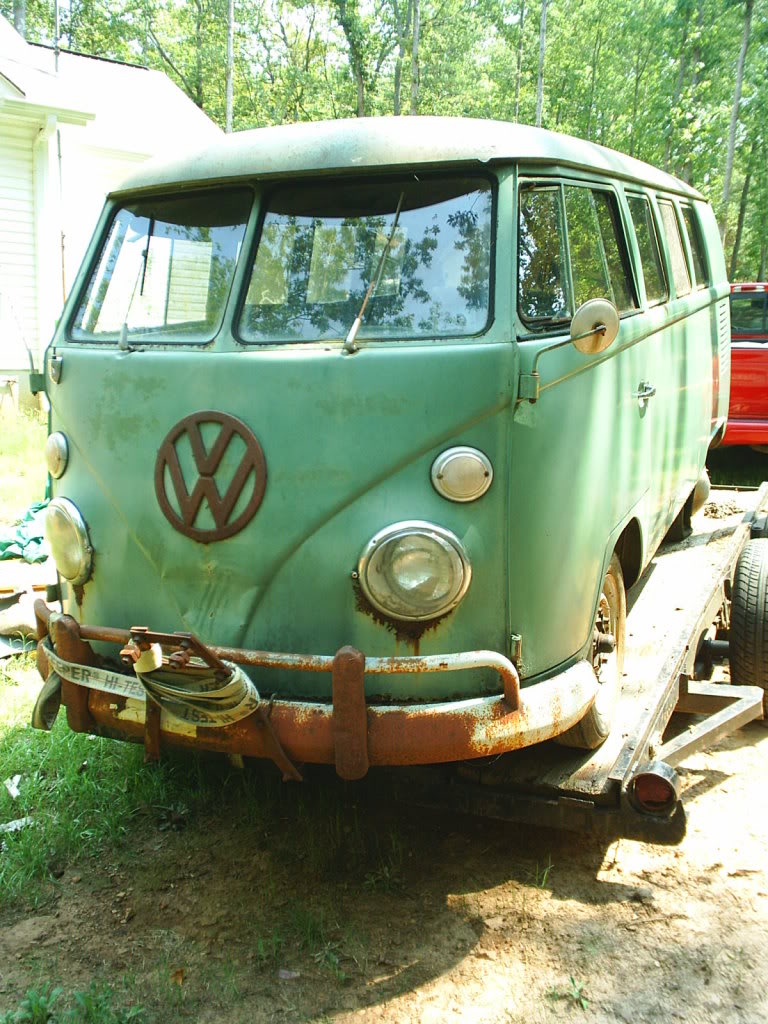 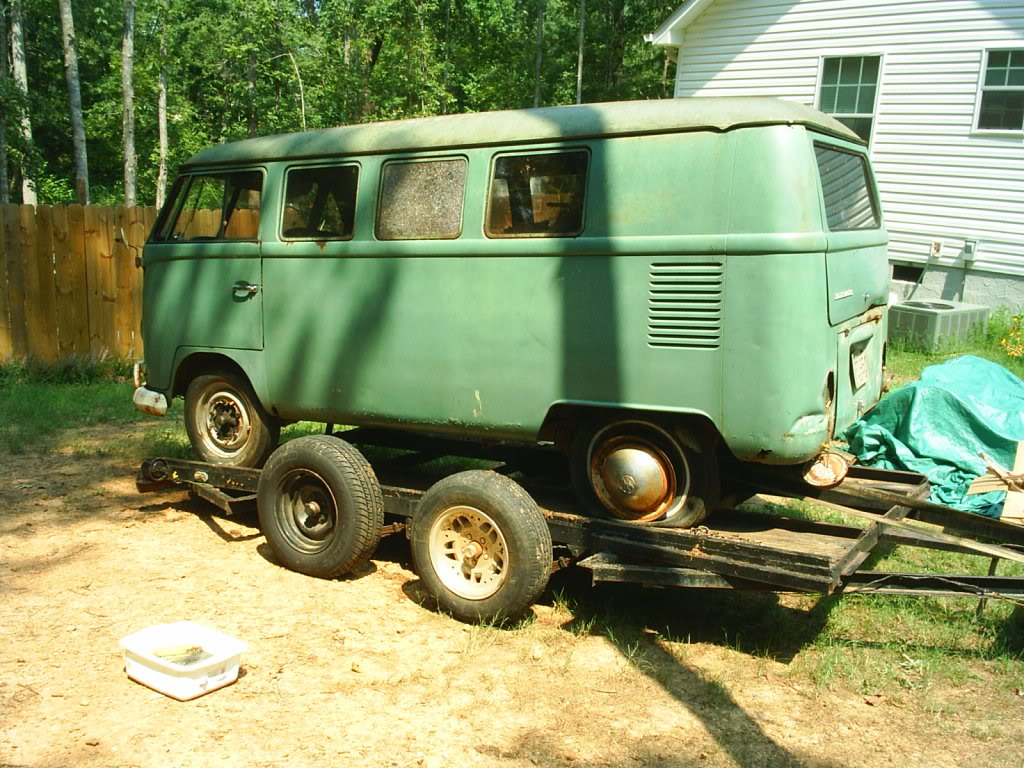 I lowered the rear one click with the reduction gears. 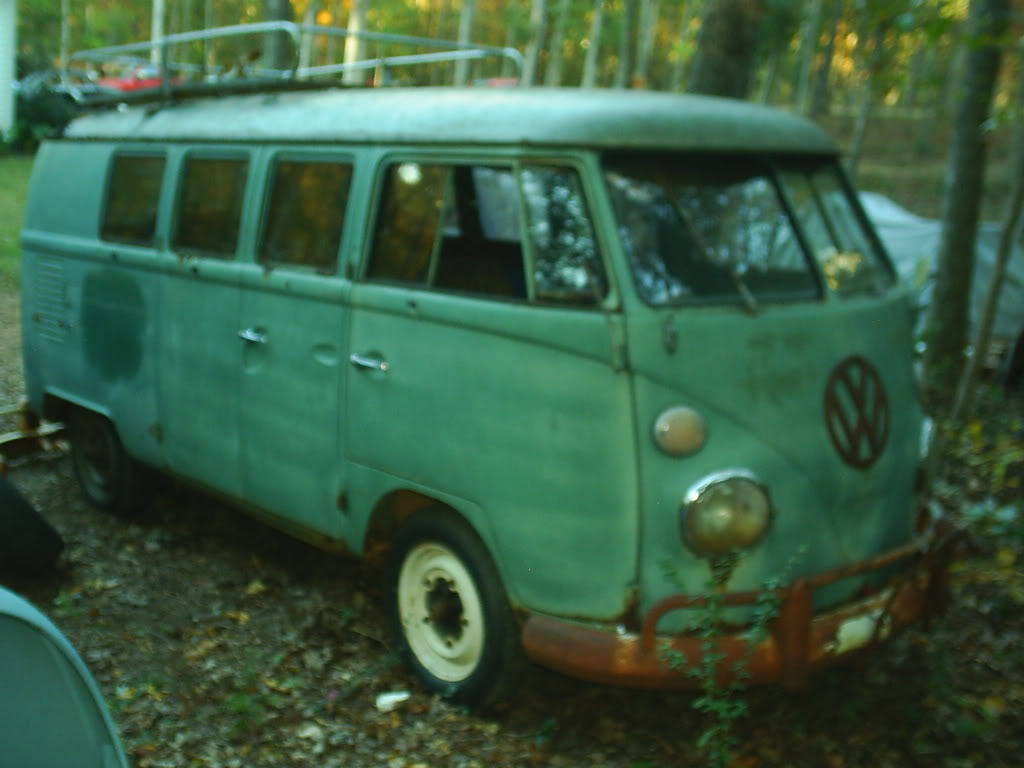 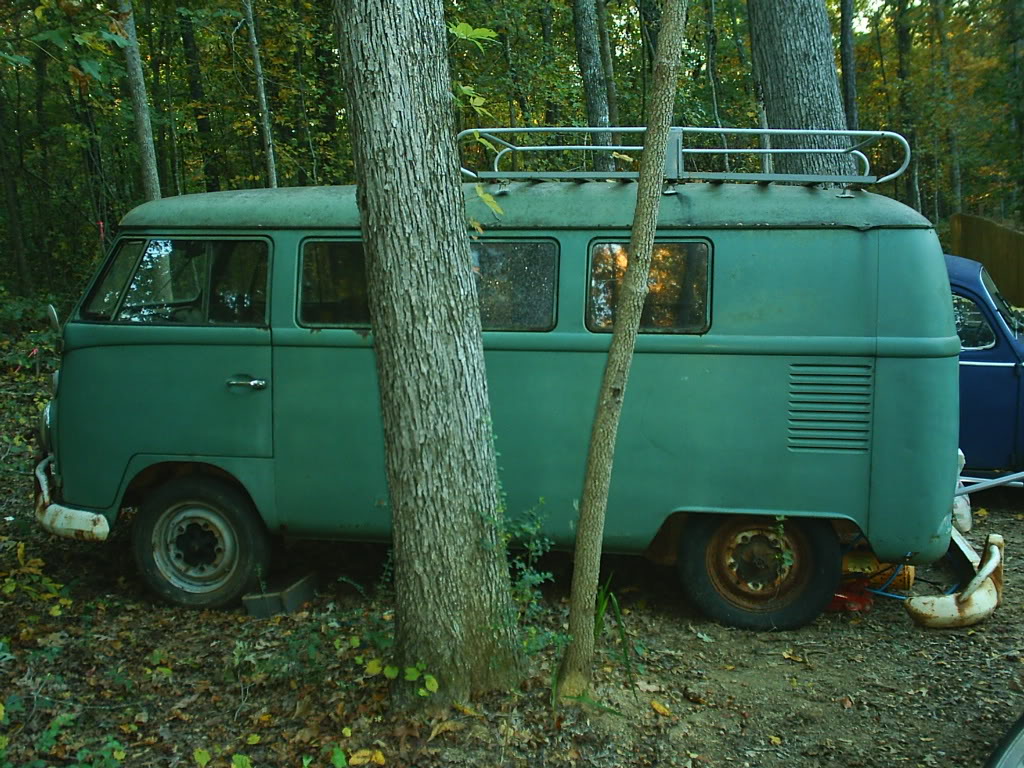 Flipped my own spindles to lower the front. 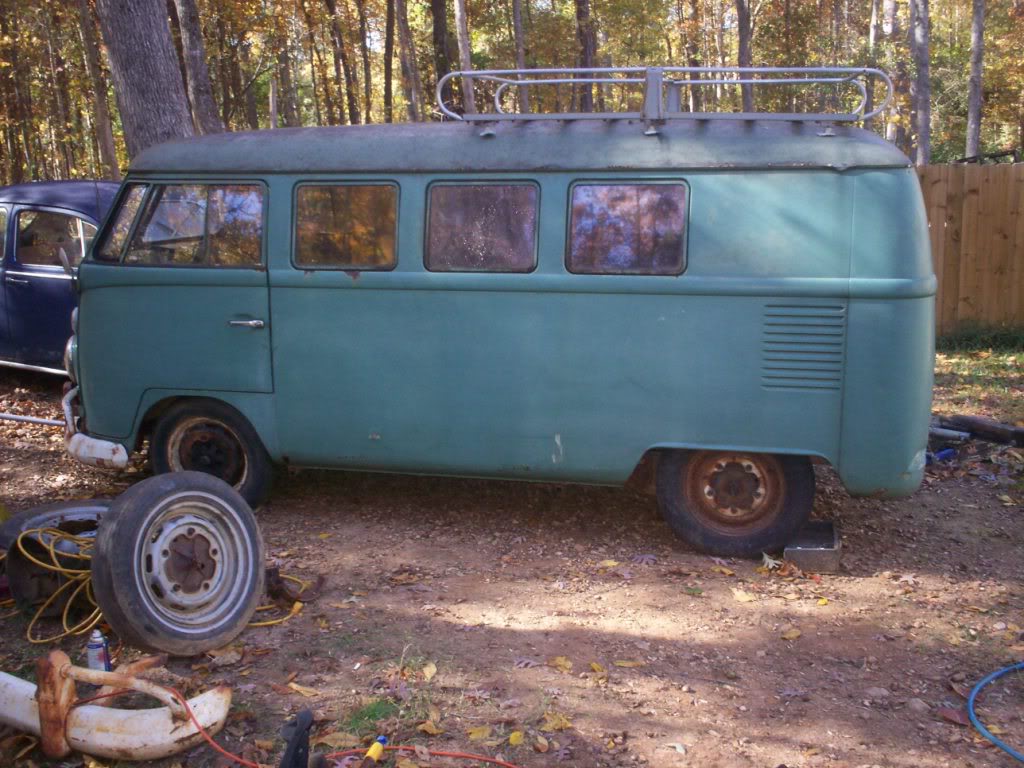 Got some 15" wheels from Glenn "bumblebuggy" and slapped them on. 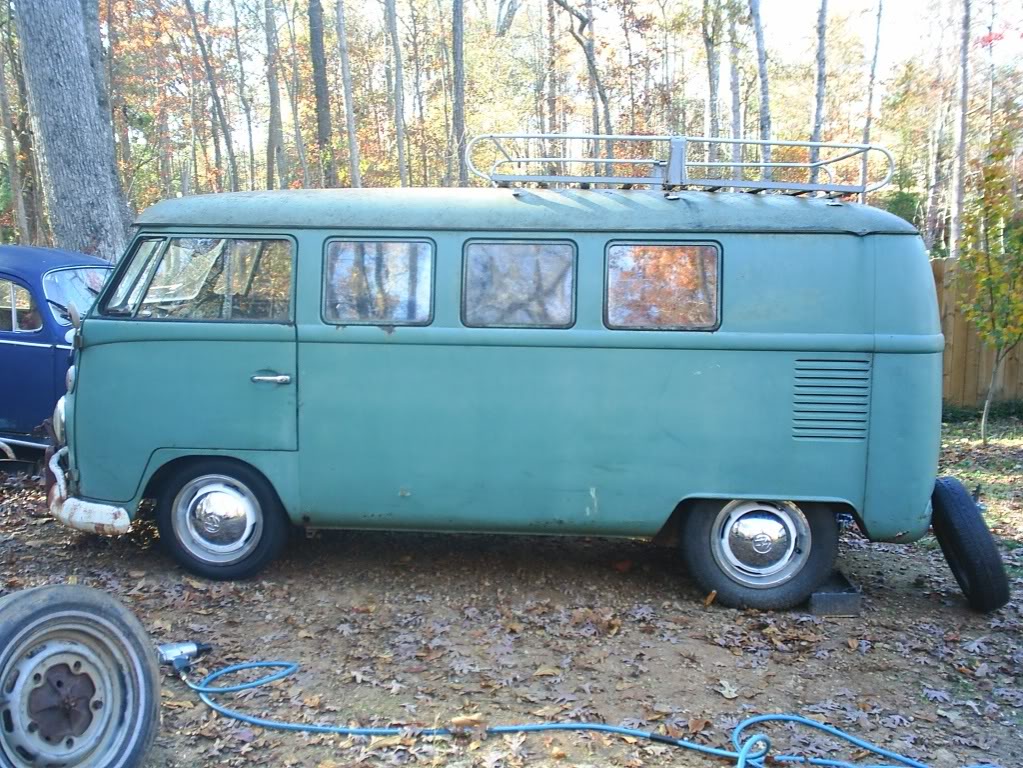 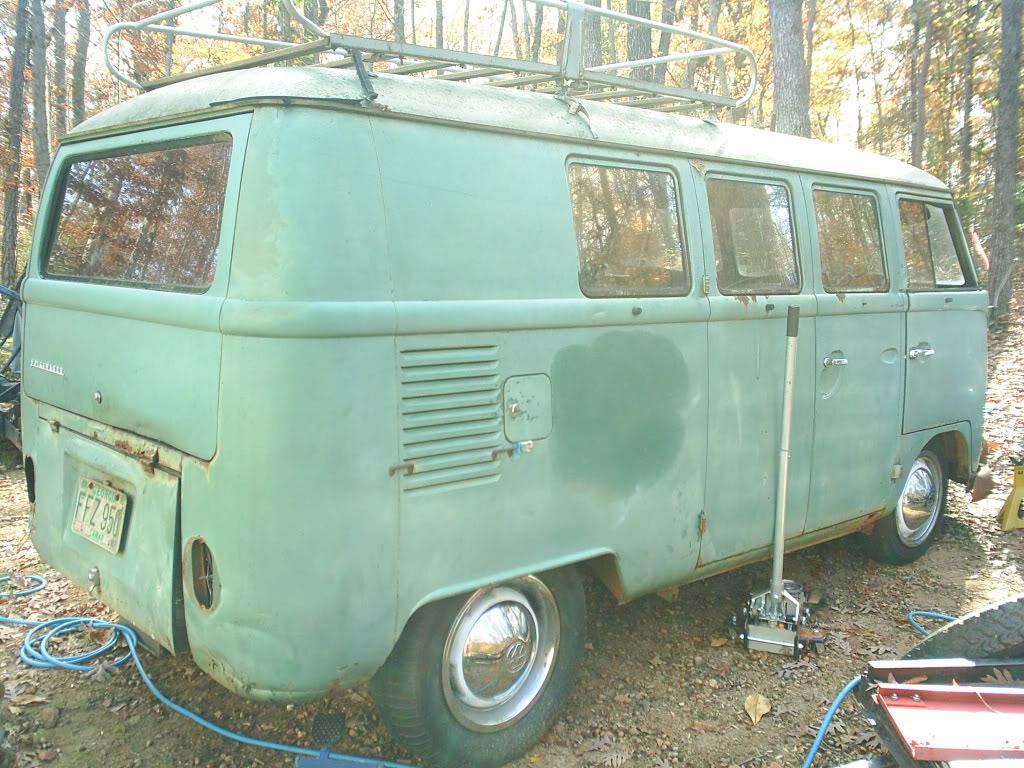 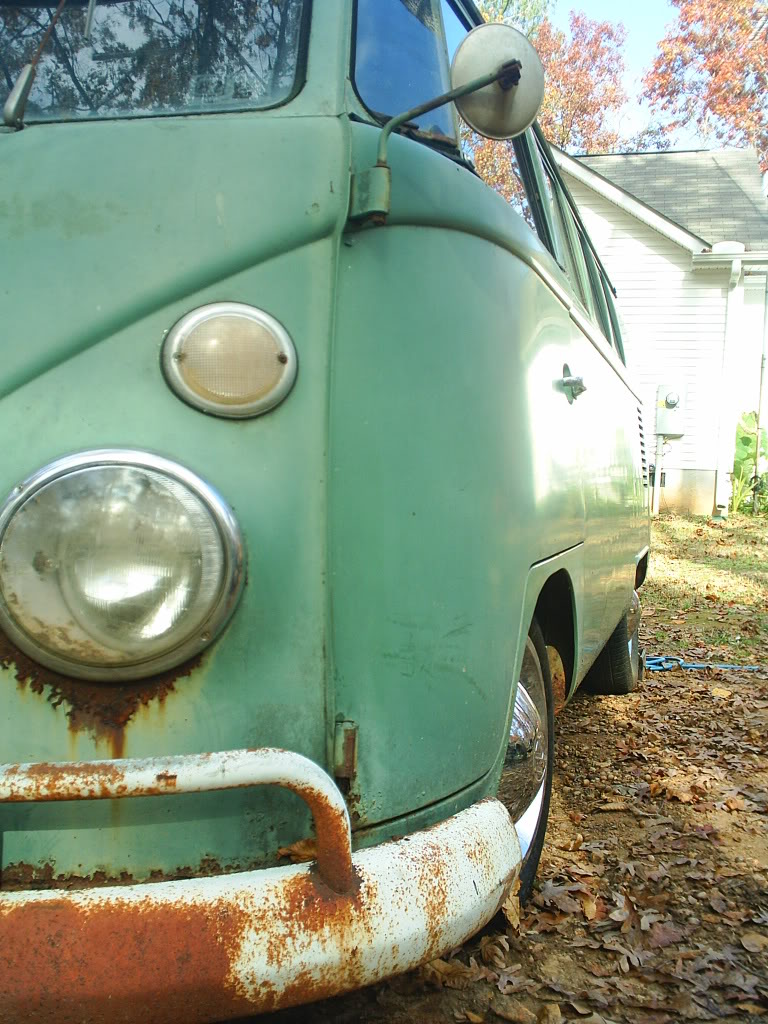 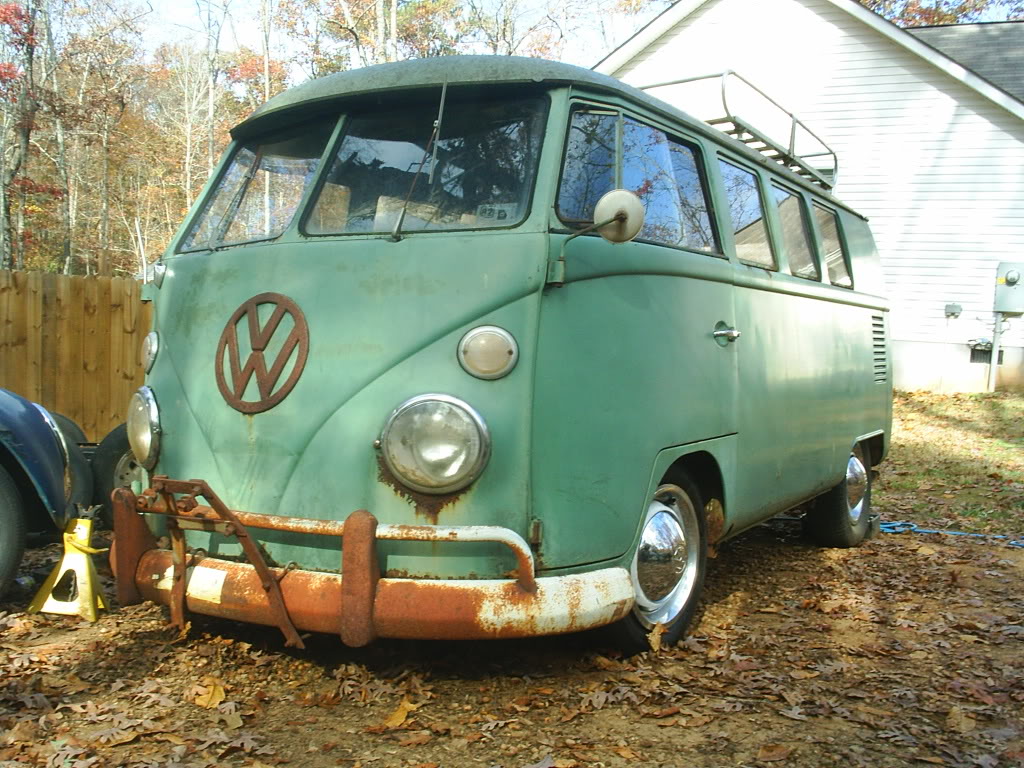 Well after taking it on its first ride on the road since 1985 I found the reason it was parked. Fourth gear was gone! So on to the new plan 68 beetle tranny and offset springplates. Here is a pic when I was prepping the 68 tranny to go in. 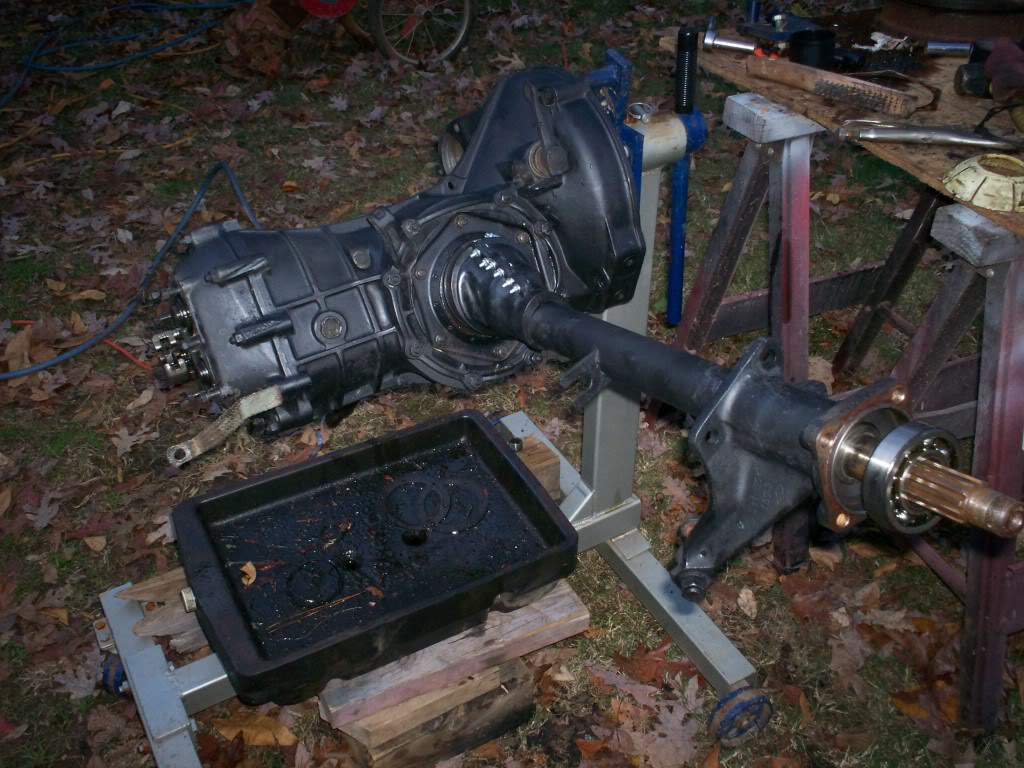 Got the tranny in now and back on the ground but no motor. 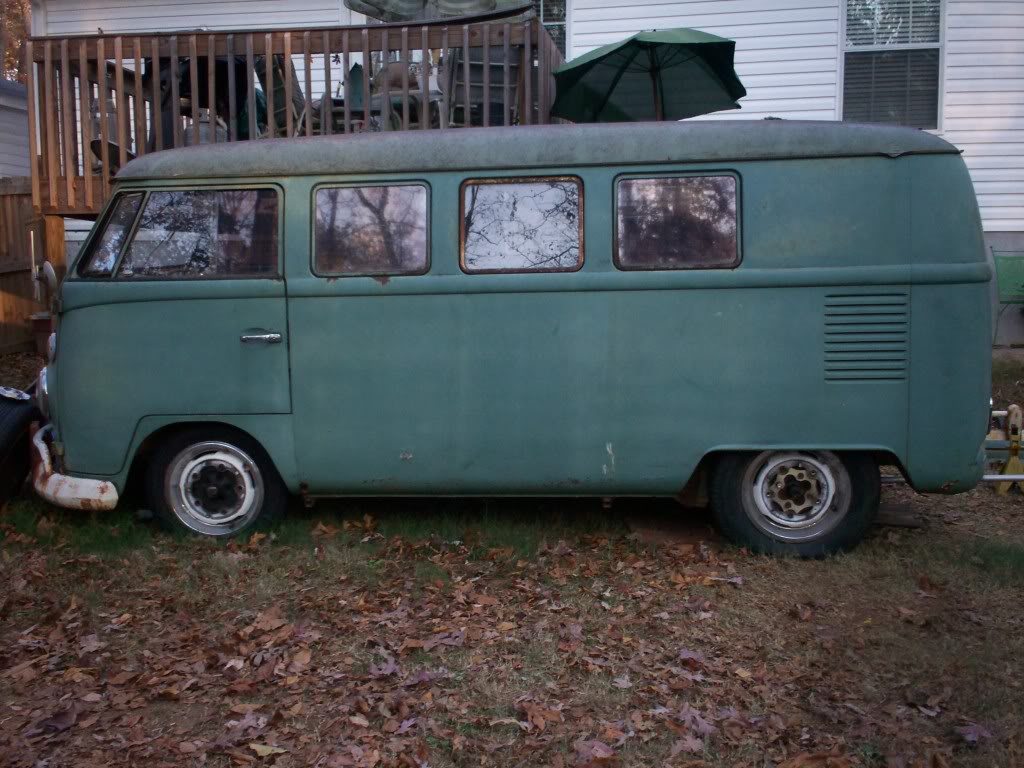 Here is my new tag found here on this site. Thanks Pete! 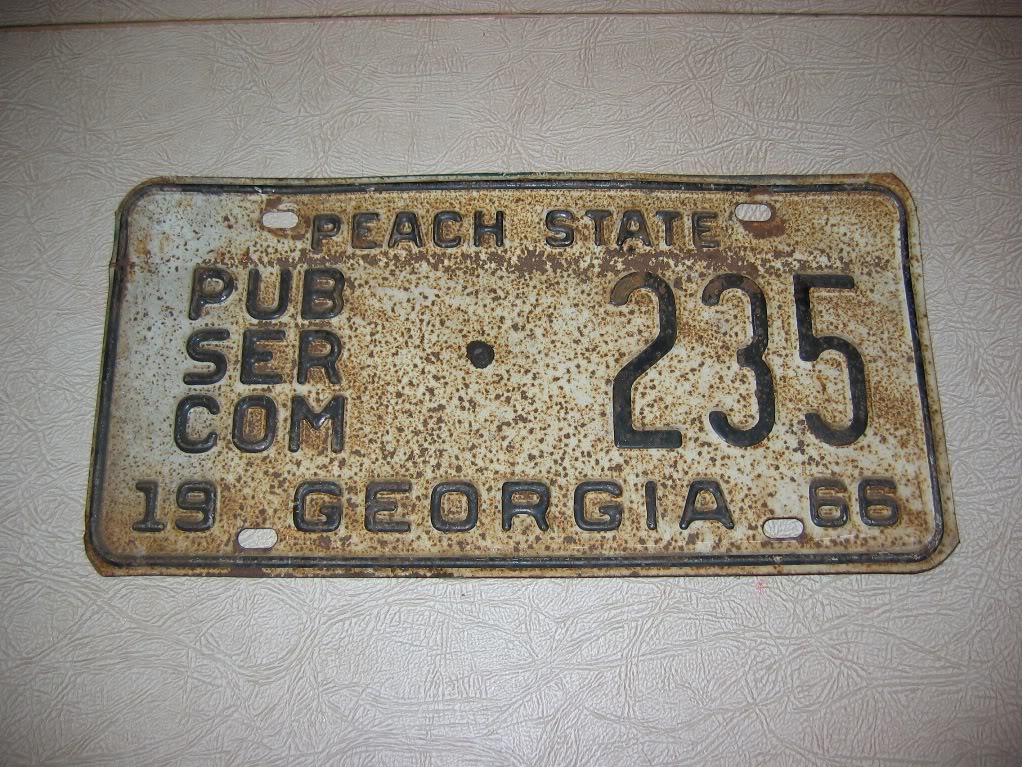 More pics will come after the 13th!

Sweet ride! i can't wait to see the new rims!

That tag is good for a little project, jajaja
Man!!! I am never lucky with deals like that.

petervalle wrote:That tag is good for a little project, jajaja

Nah, just going to rub a little linseed oil on it and call it done.

petervalle wrote:Man!!! I am never lucky with deals like that.

nice job man- cant wait to see tht one around.. floors and rockers ok in tht?

Whats the story about that tag?- I never seen one like that.

I found it in at the Charlotte AutoFair a few years ago, in a box with other GA vintage tags. The seller didn't have any background info on it. It's now in the mail somewhere between Ball Ground and Griffin. Bryce should have it soon!

What a great bunch of horse tradin'...

I love stories like yours. I think you got the deal of the year.

Front floor outer are gone. I am just going to do some patching for right now until I save some pennies for the whole front floor from Wolfsburg West. The rockers are presentable for now. The doglegs need the bottom hafl replaced going with gersons stuff to replace these. Also have some patching to do in the cargo floor and I have to replace the metal above the engine....stupid shag carpet! Pics will come as I accomplish things.
_________________
1958 Euro Beetle "Raggedy Anne"
1959 Ghia "Elvira"
1961 Beetle "Old Blue"
1964 Beetle "Pat"
1966 Chevy C10 swb fleetside
1967 Black Friday Bus

Got my tag in the mail today. Looks awesome! Figured I would test fit it on and then I saw the 20 plus year old rusted tag bolts. I figured well I will give it a shot anyway. Sprayed a little wd on it and they turned off like butter. Here is the tag. 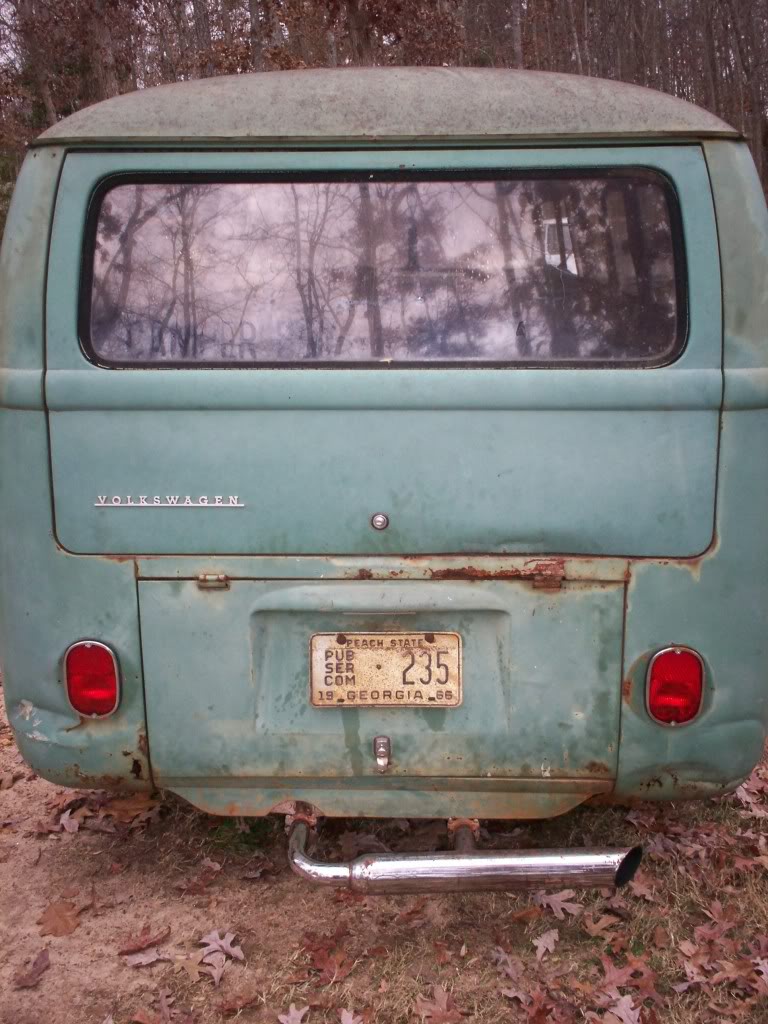 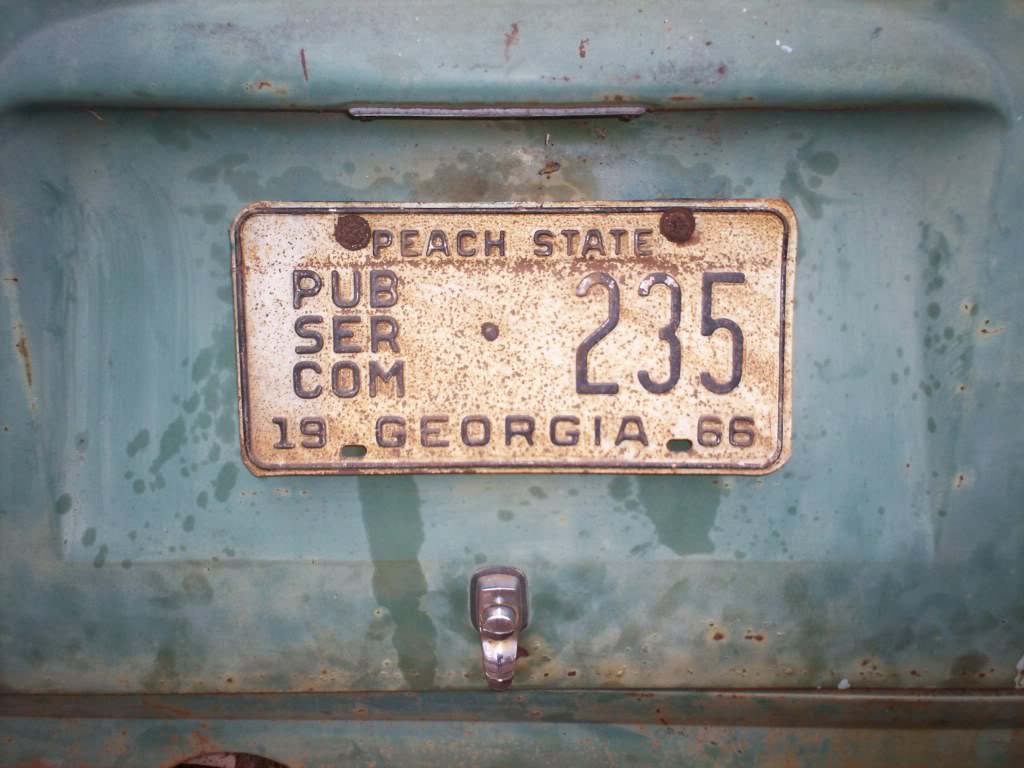 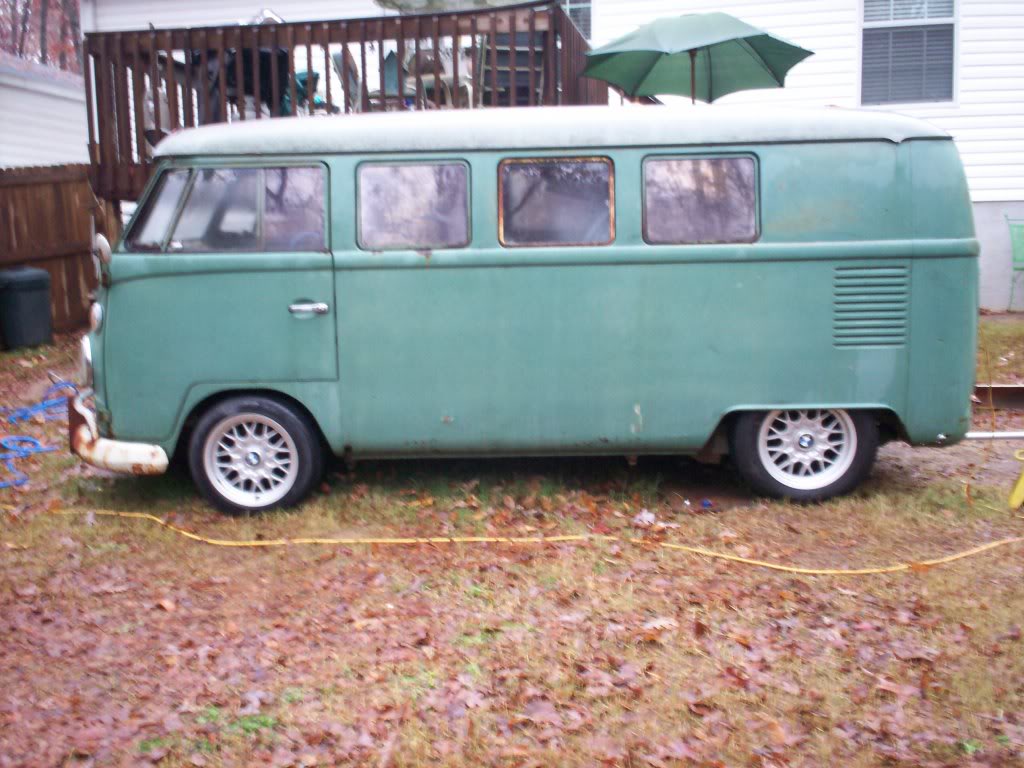 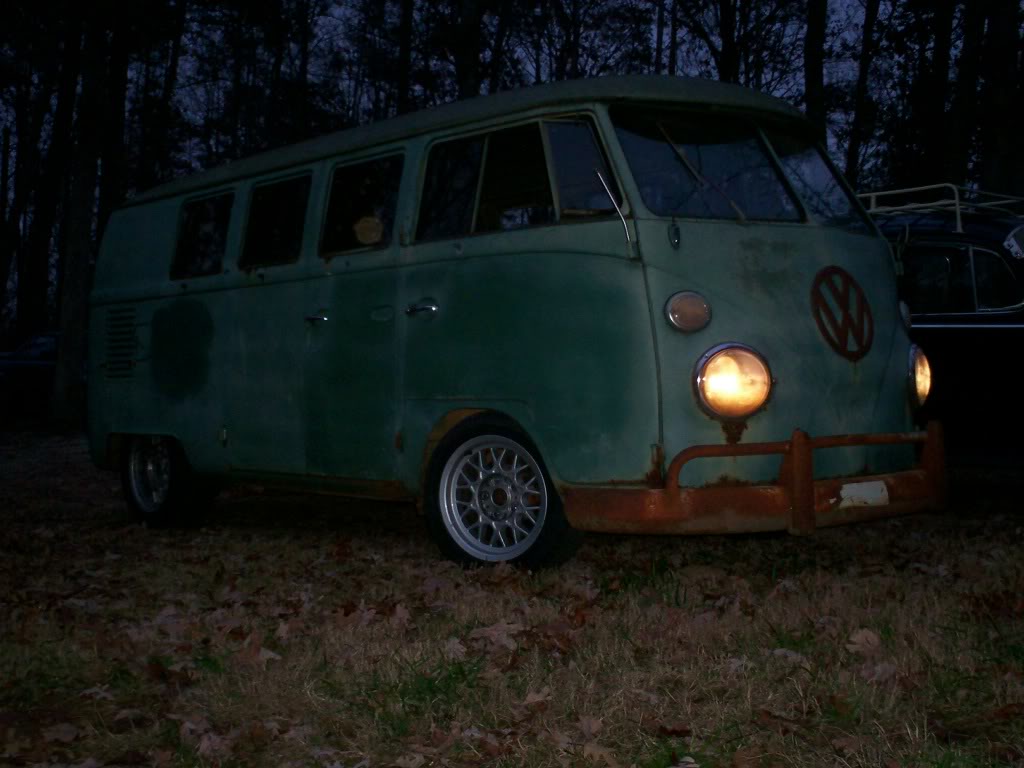 Sweet! i love those Wheels!

Did some work on the bus today. Cleaned up the dash and pulled the front two windows out to check for rust damage. 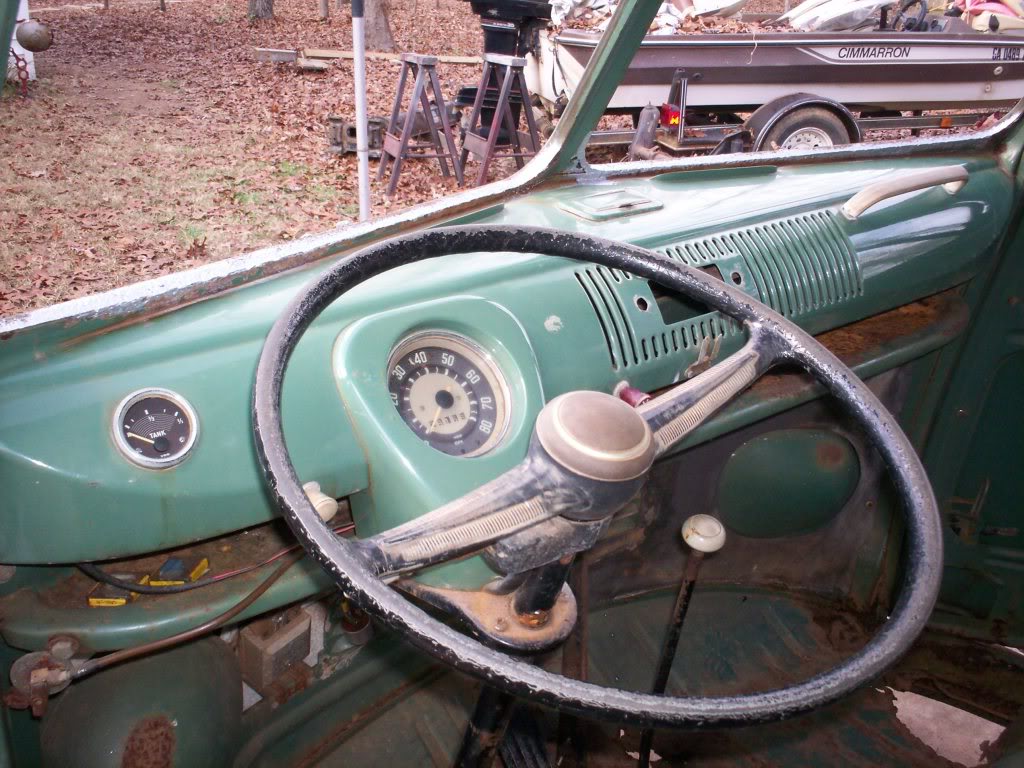 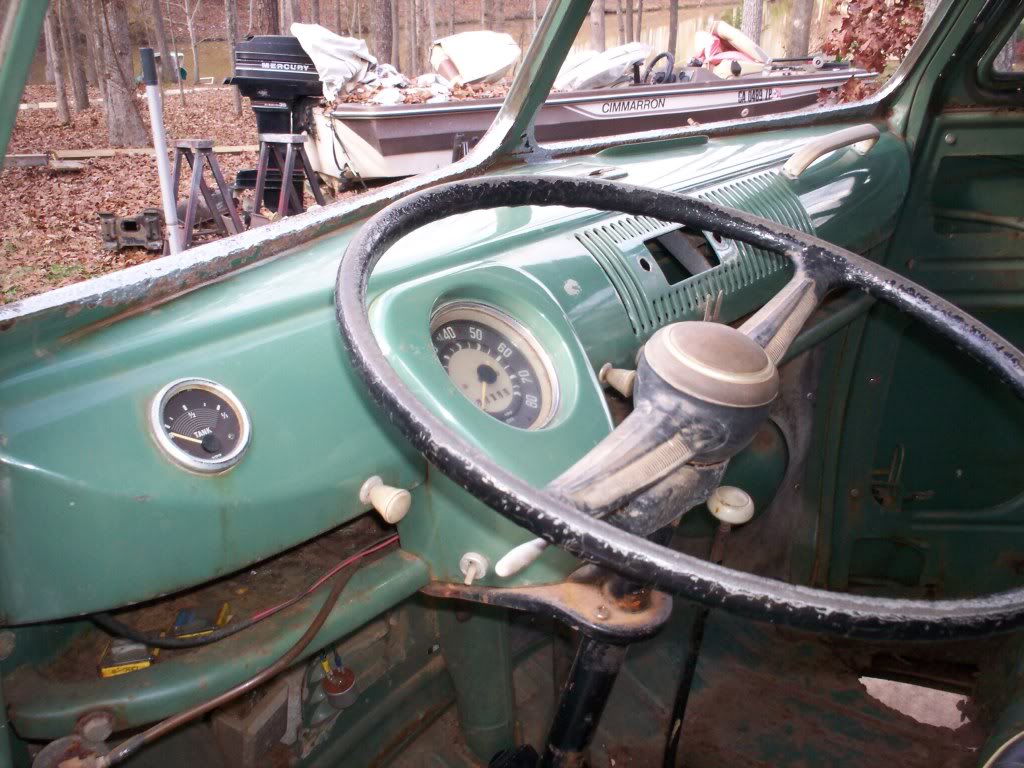 I also finally scrubbed the roof for the first time since I have owned it. 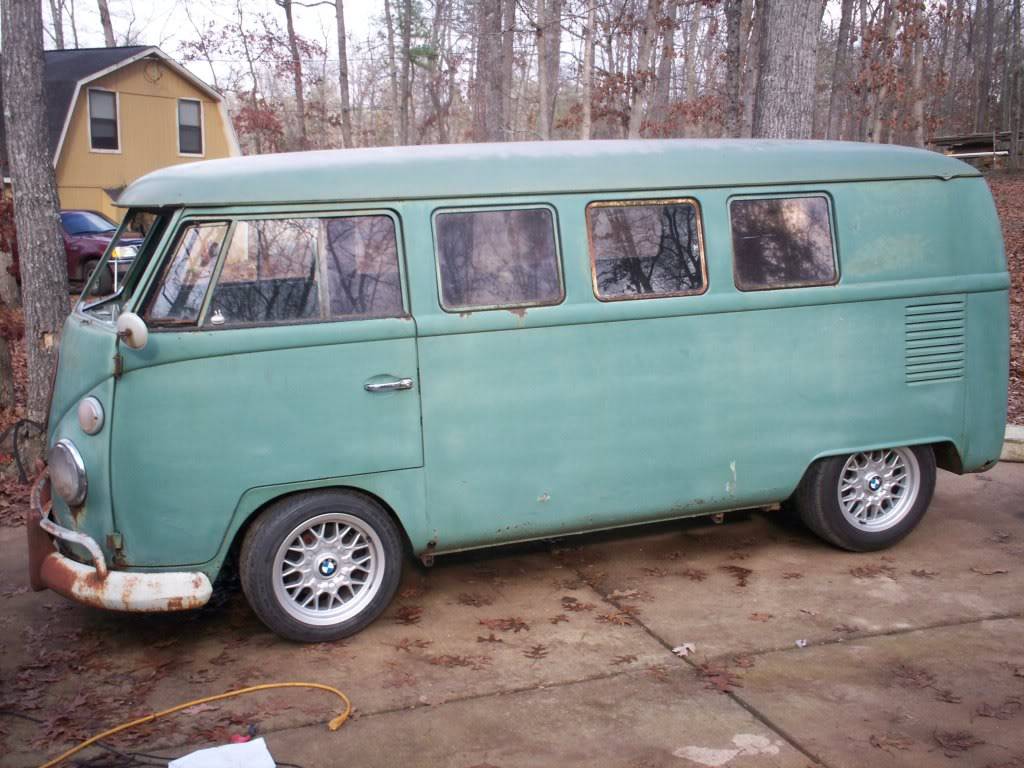 The bus is looking good. The roof cleaned up real nice.

Looks good Bryce!! I hope you drive it to Charlotte/CTS in May.

Got my radio delete in today from Peter. THANKS AGAIN!!! 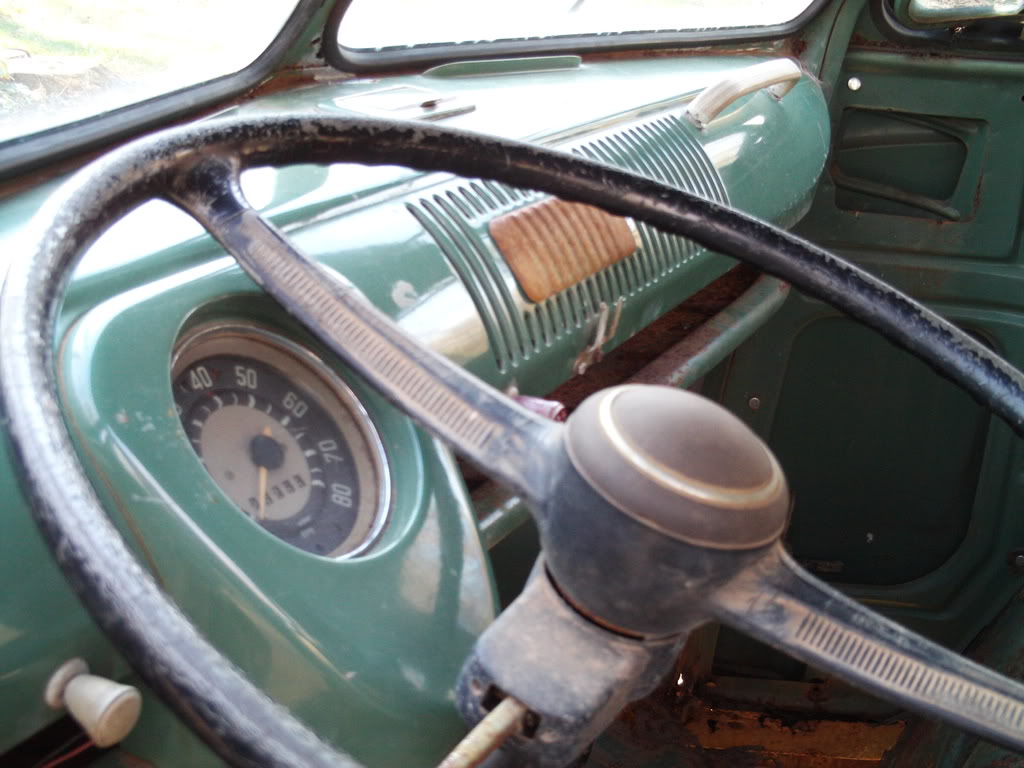 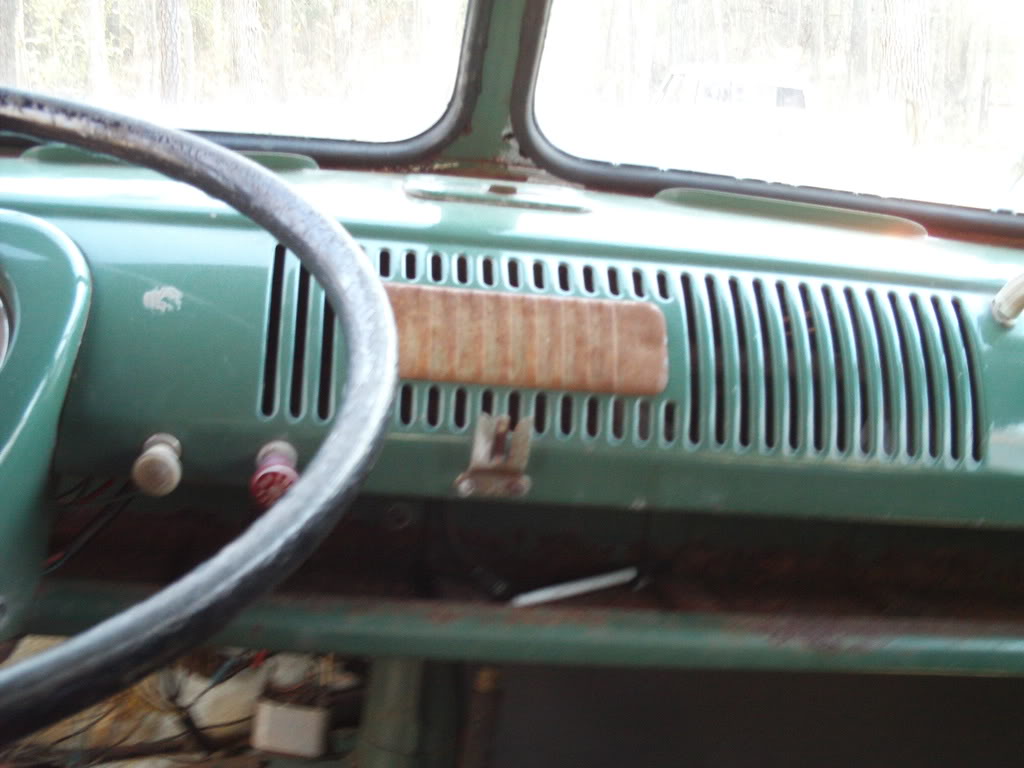 Glad you liked it Bryce, glad to help on anything for you guys.
It is amazing to see how small and simple it is and how hard they are too find.

I have helped Bryce hack apart buses to get to the goodies, the man is a maniac!