Picked up a 58 Beetle in Savannah over the Summer,
Its a 1 owner car and is pretty complete, just short a few things.
Its crusty but cool, I looked at this car 20 years ago in the original owners back yard. and looked like it was sitting for 5 or so years at that time.
Has the Original Motor and All interior minus Horn Button and one radio knob.
going to build a Crusty Daily driver, at lowest cost. So i will be building/making everything i possibly can for this..
This is how she was found.. 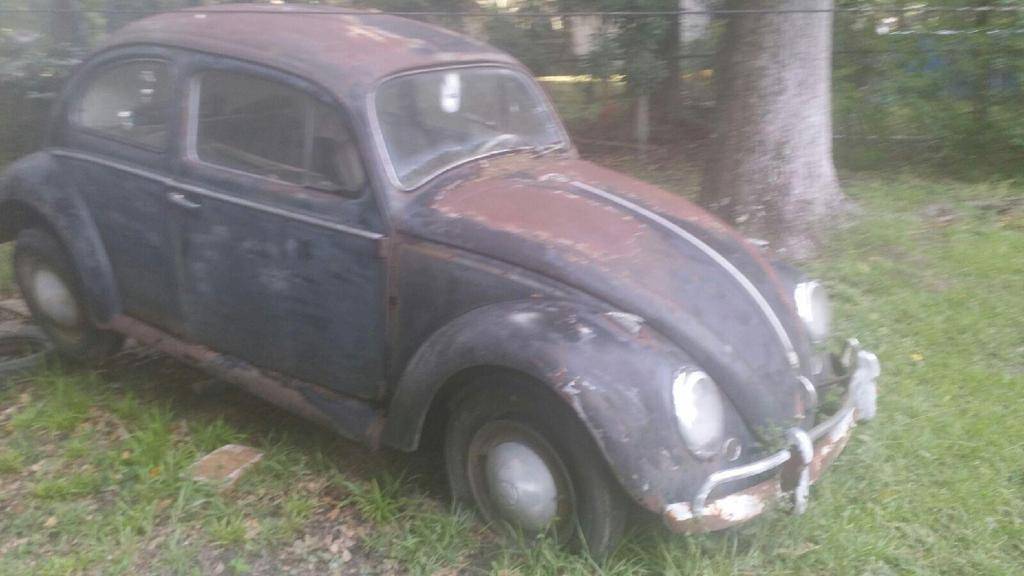 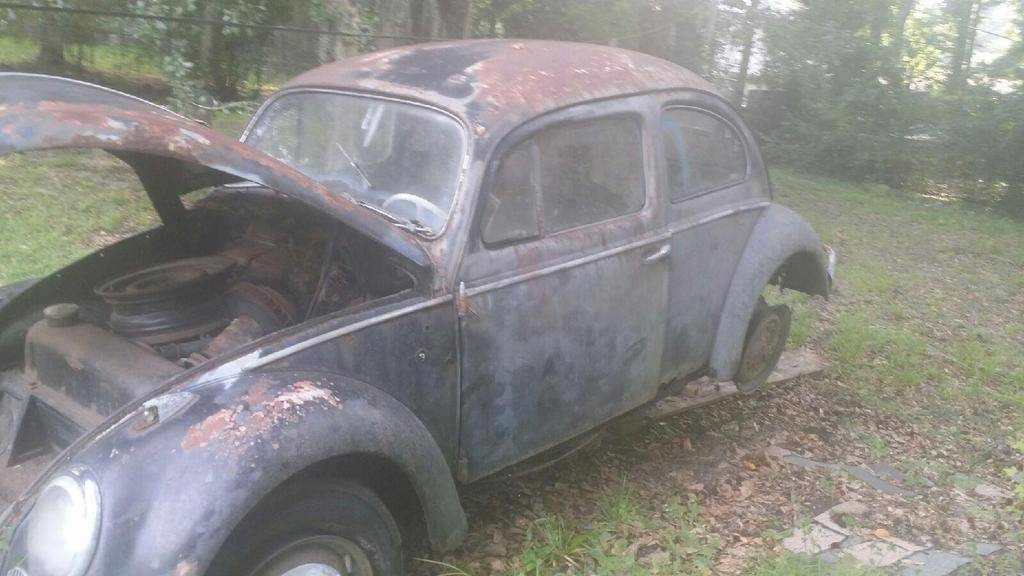 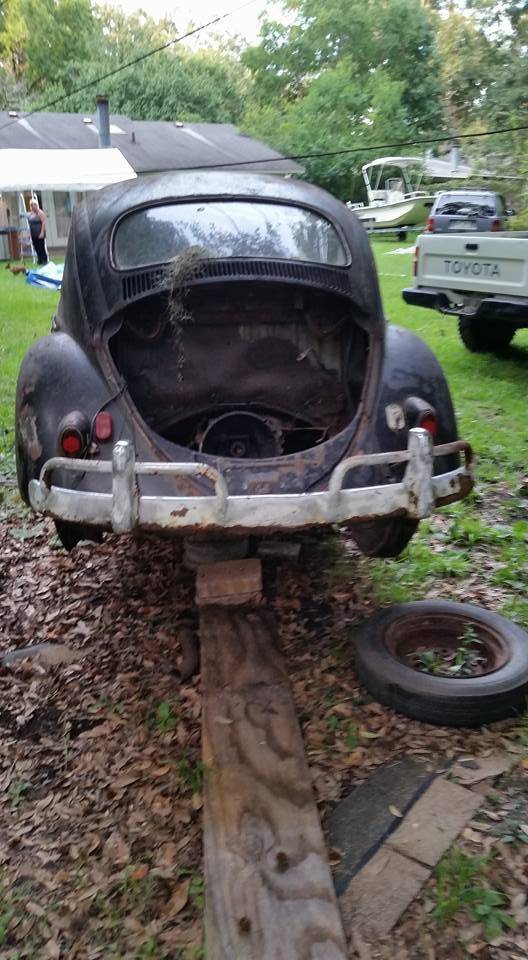 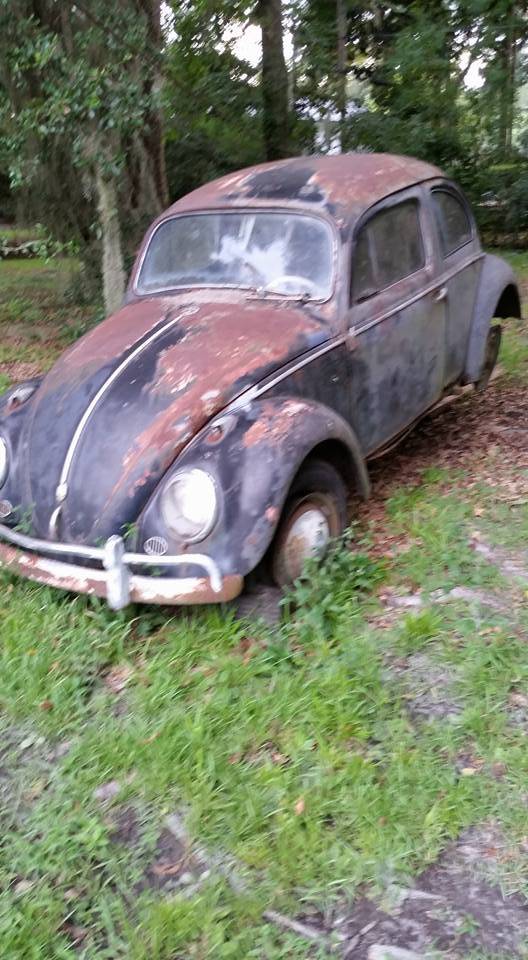 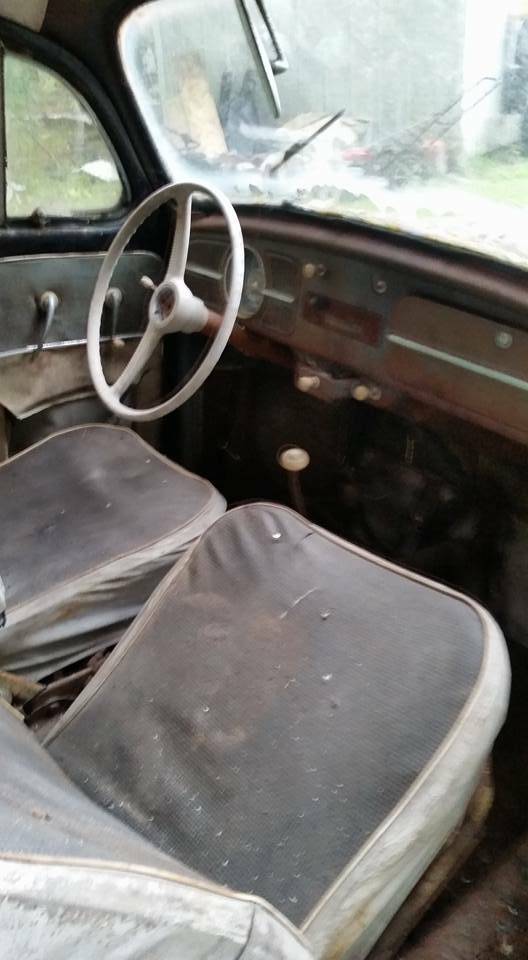 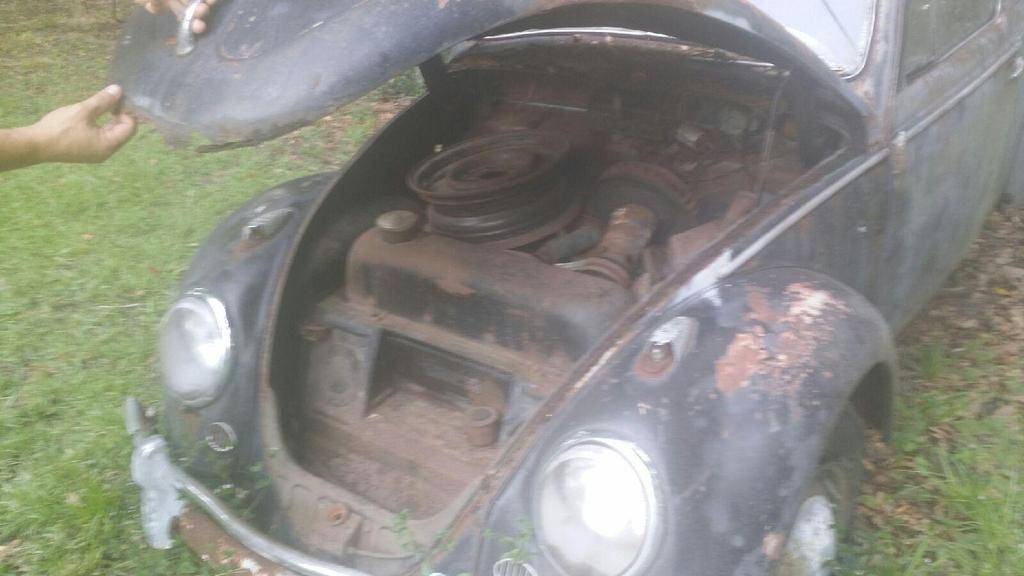 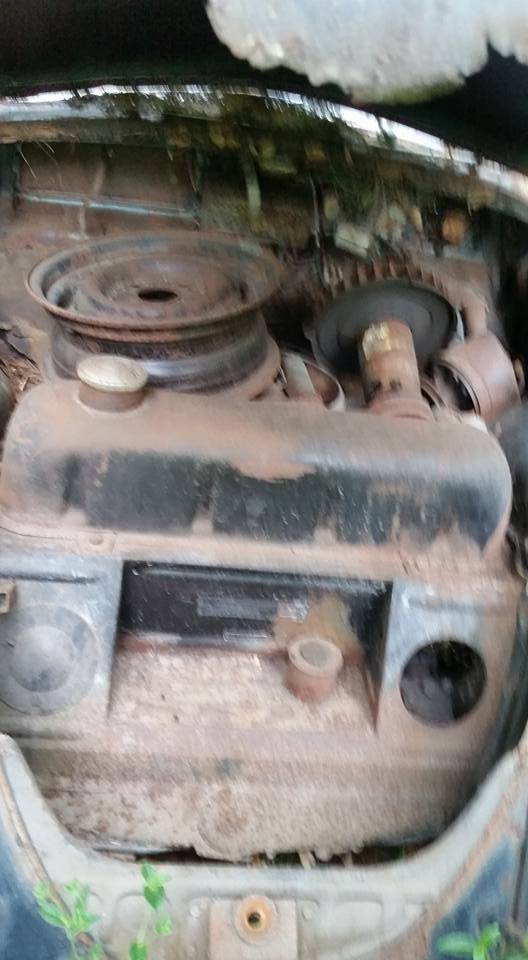 On the Wrecker headed to Atlanta.... 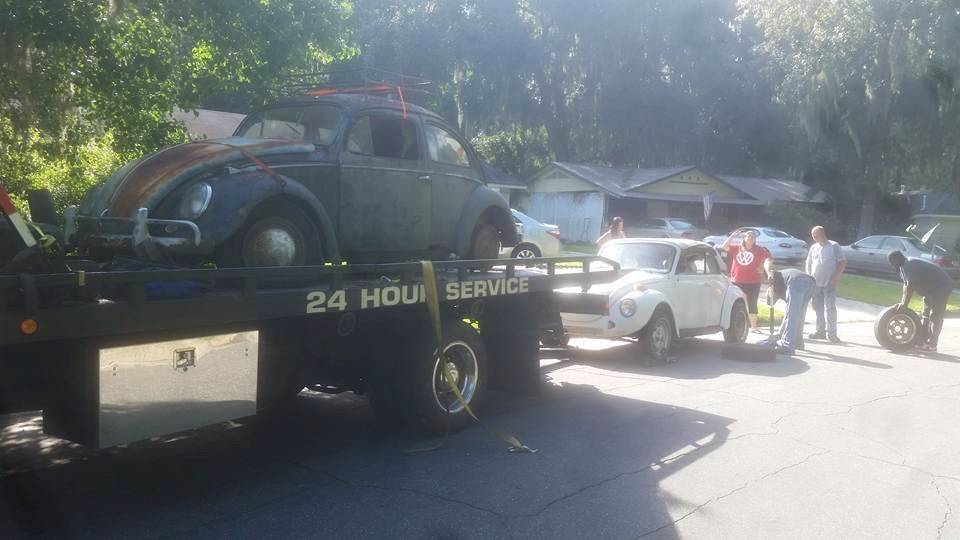 " />
Hanging out at Repo Mikes 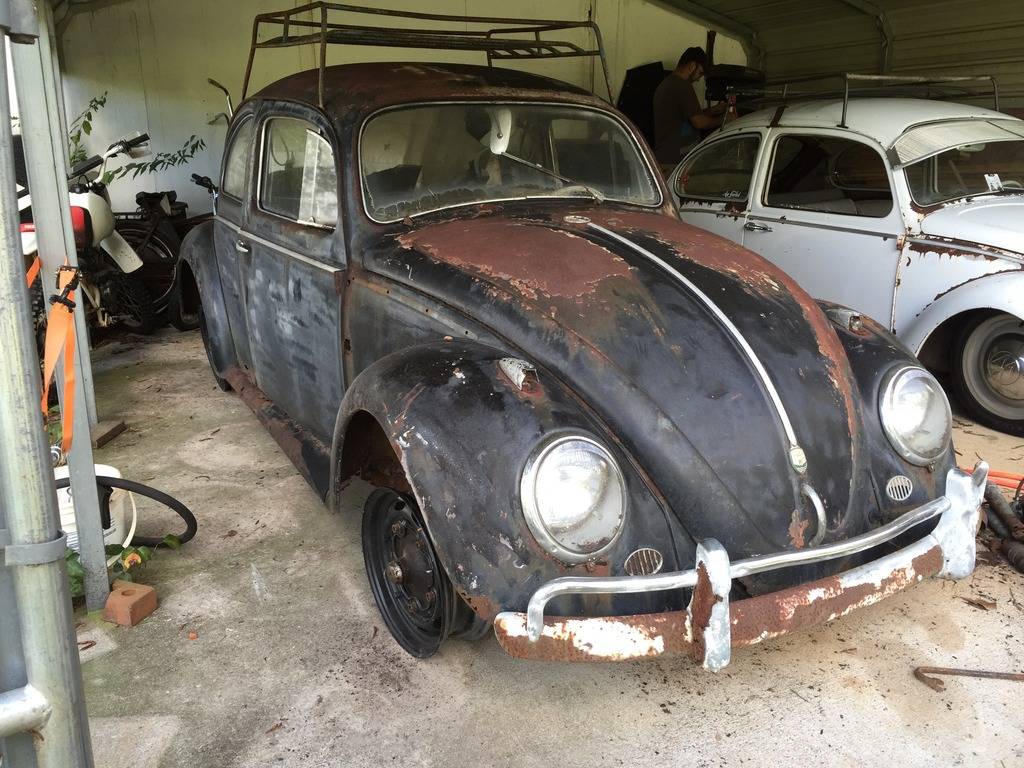 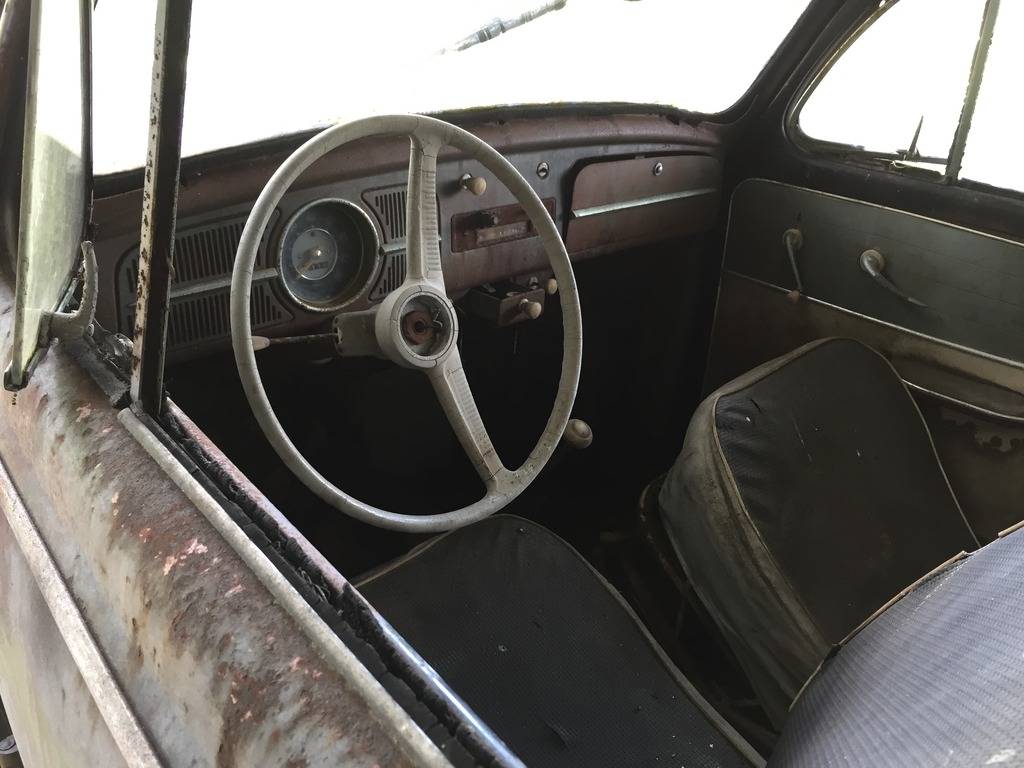 I picked this car up in a trade with the 68 beetle I had on August 29th.  Its a pretty cool car but very rusty. Anyway I will fill in the pictures later of what Scott did to the car to get it going.

This was how it looked when I brought it home.  Although I did break down on the way home from Dallas because the battery died.  It is 12 volt but the generator has not been changed to 12 volt. 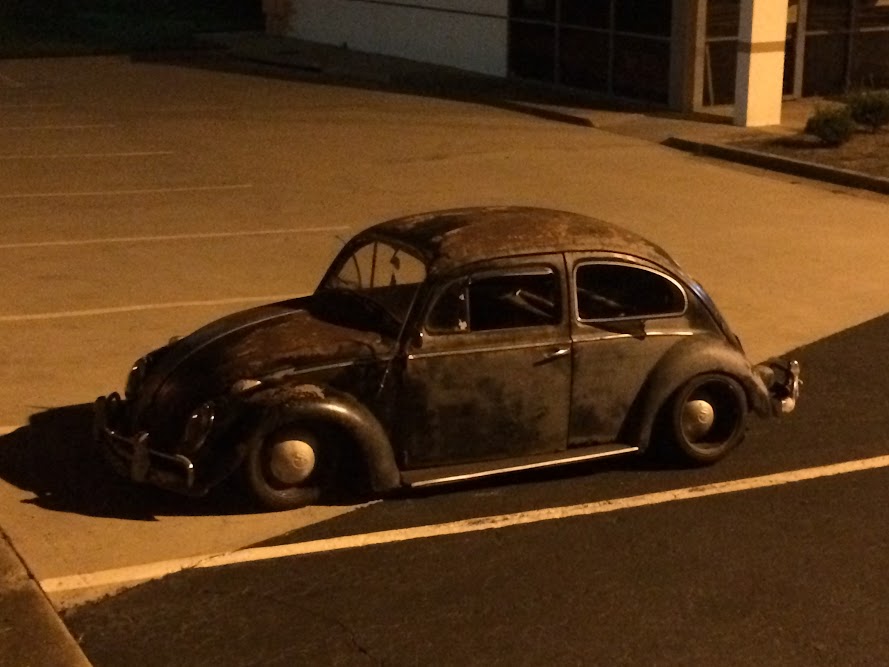 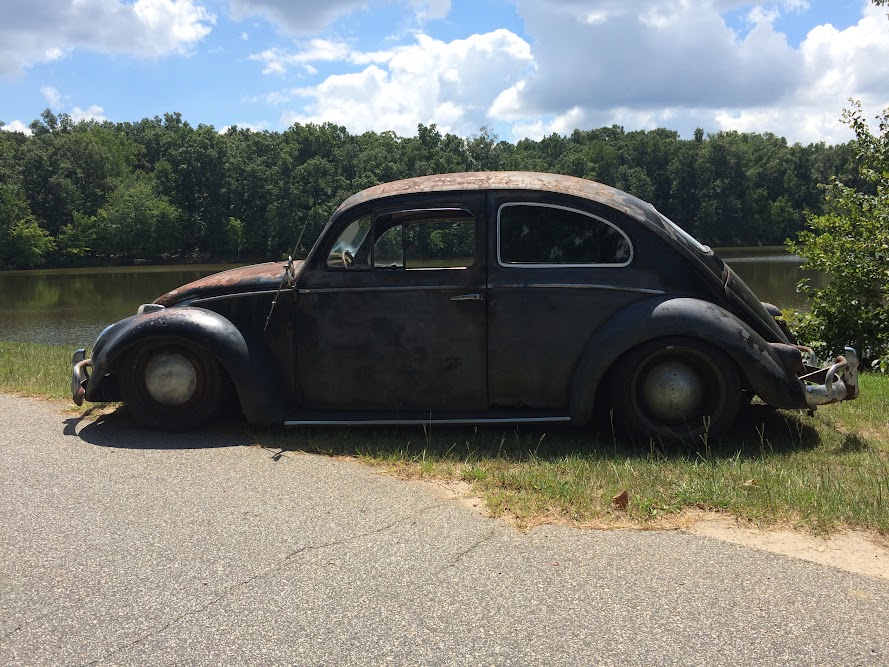 The passenger window had fallen off the regulator and needed to be fixed when I got the car.  I ended up putting a new sash on the window and a new regulator.  The end of the old regulator was about rusted off. A couple of day after fixing the passenger side I had to do the driver side.  The sash was good on it and I had a good used regulator for that side that I installed. The car had an extra set of tail lights mounted next to the snow flakes that I just did not like so I pulled them off.

Here are the lights before 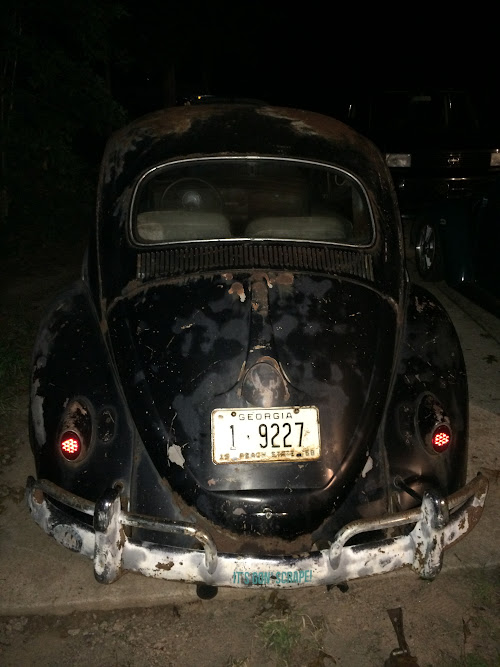 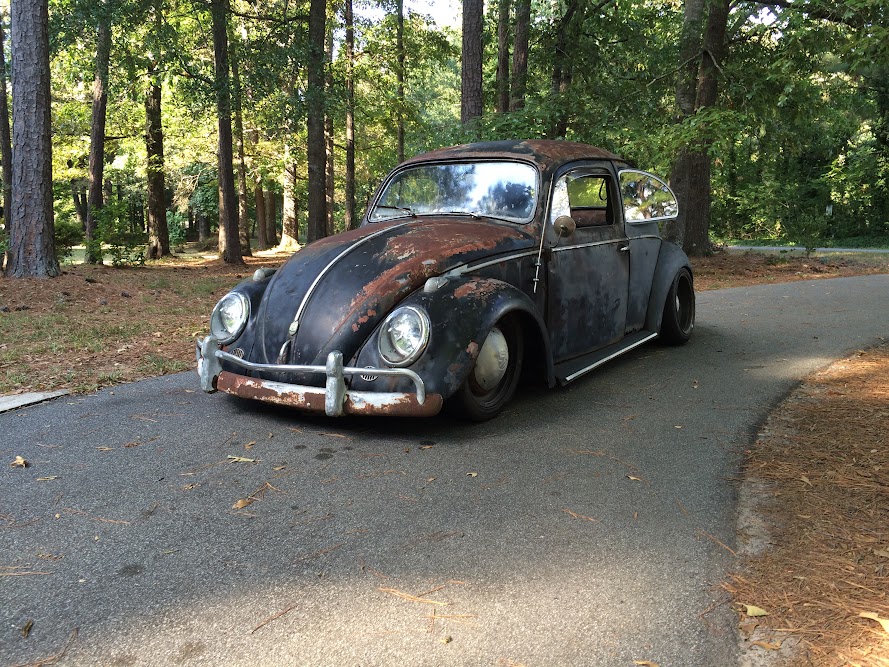 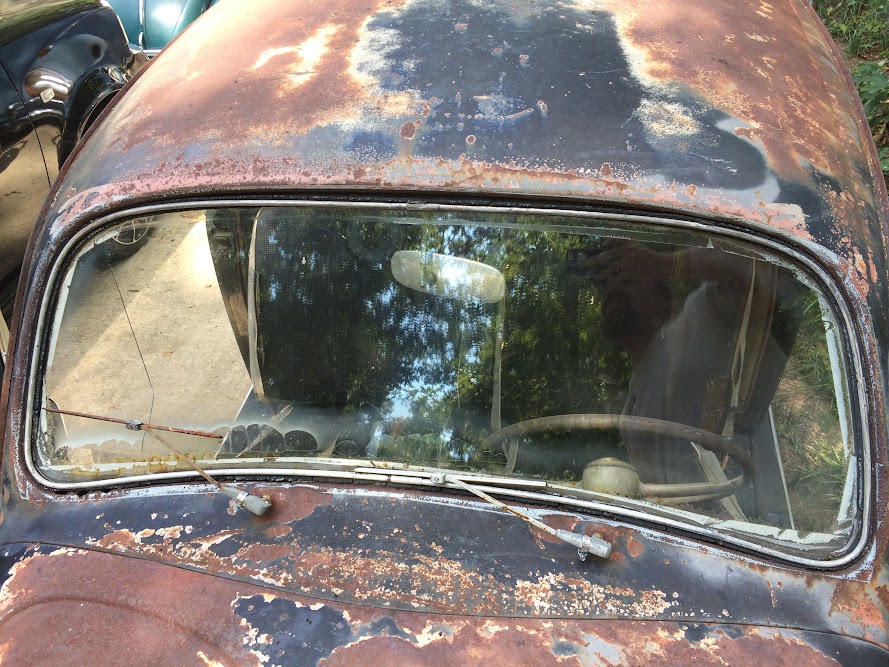 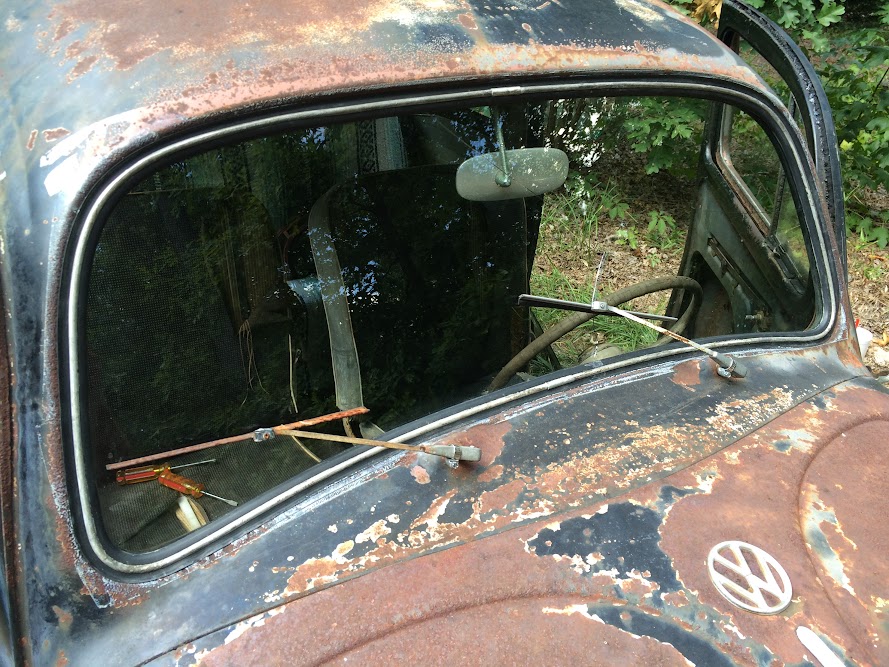 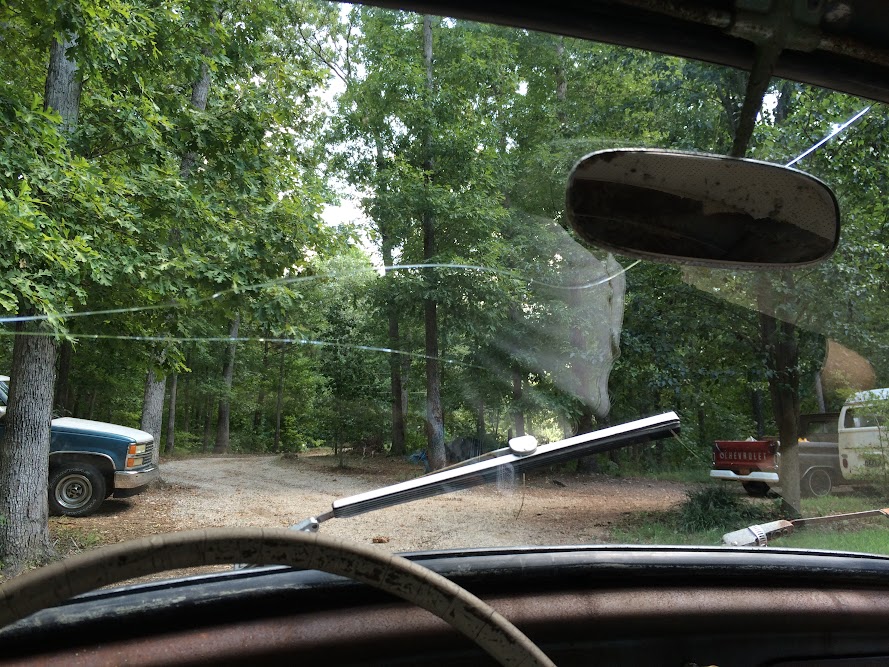 Also since the car is a 58 there is no fuel gauge but there was no reserve lever either so I picked up a new one and installed it. 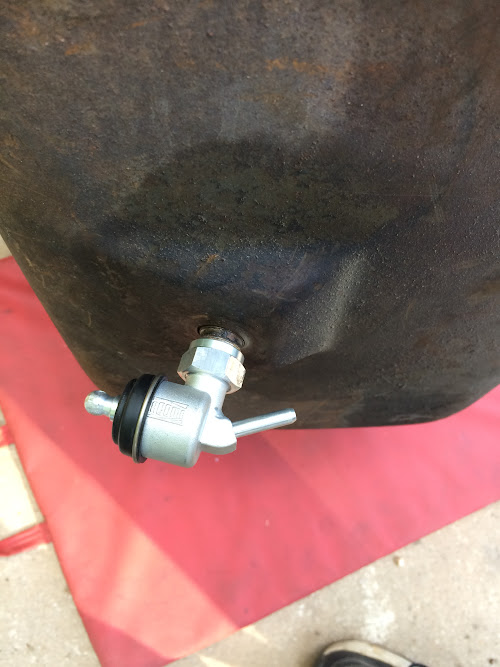 Also the car didnt have shocks on the back when I got it but it does now as of today! I also installed seat belts in the back so Colby can ride and fixed the oil leak at the fuel pump. I still have another big leak that I hope is just the main seal. 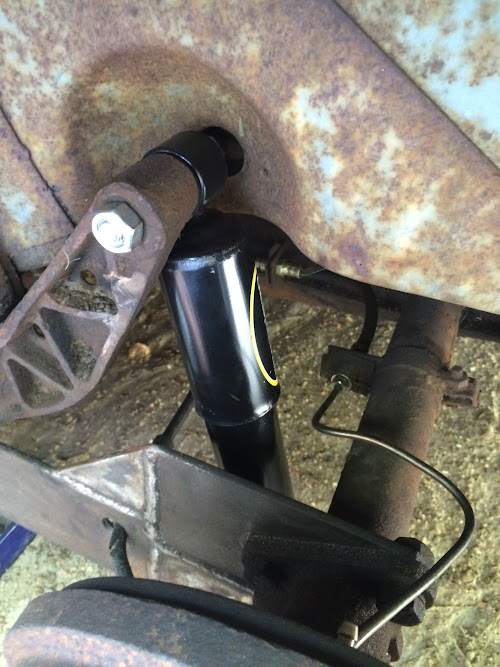 Pulled the engine and replaced the rock hard main seal.  Also installed a new clutch, pressure plate and throw out bearing with heavy duty clips.  While the engine was out I routed the fuel line thru the firewall instead of thru the front tin.  I also replaced the seals on the fuel pump after filing the base flatter.  I don't think I got it completely flat as I seem to have a small leak still but it is much better than before. 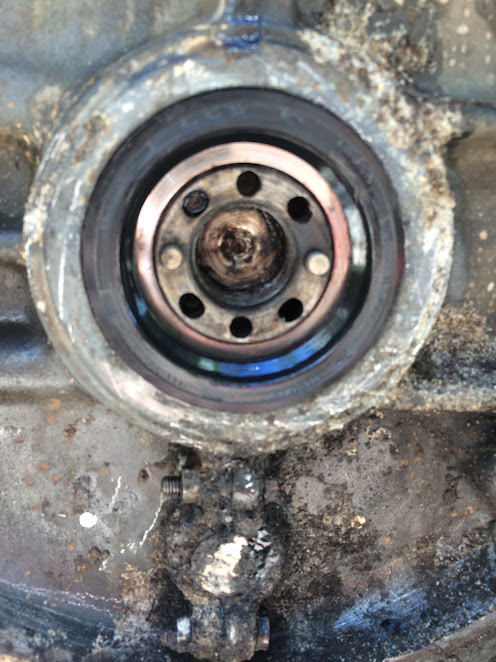 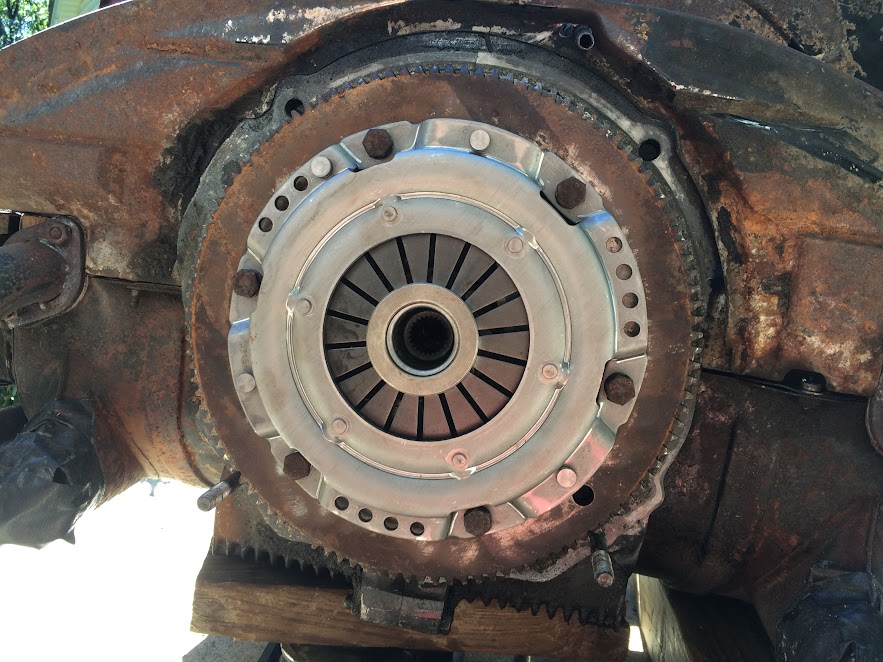 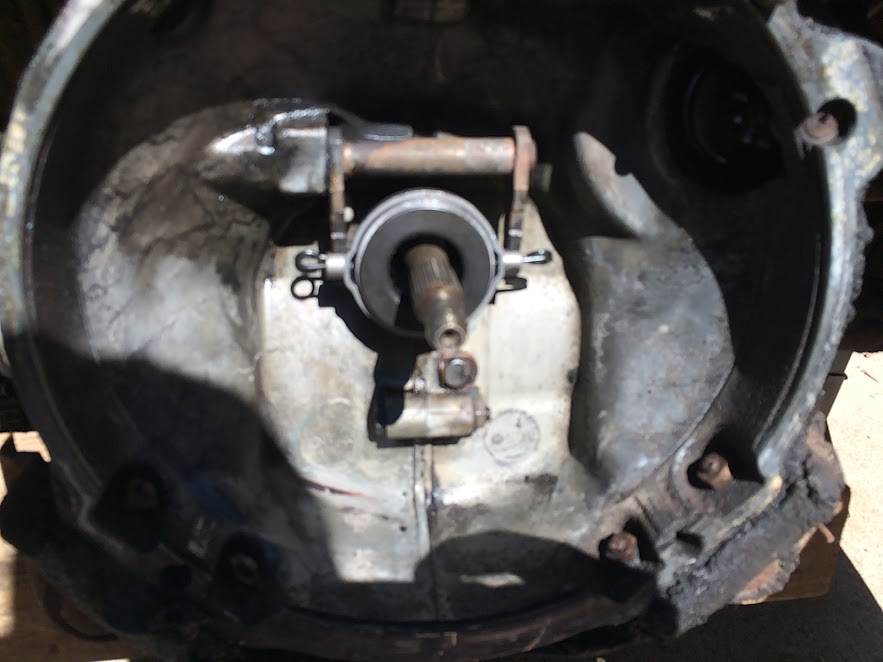 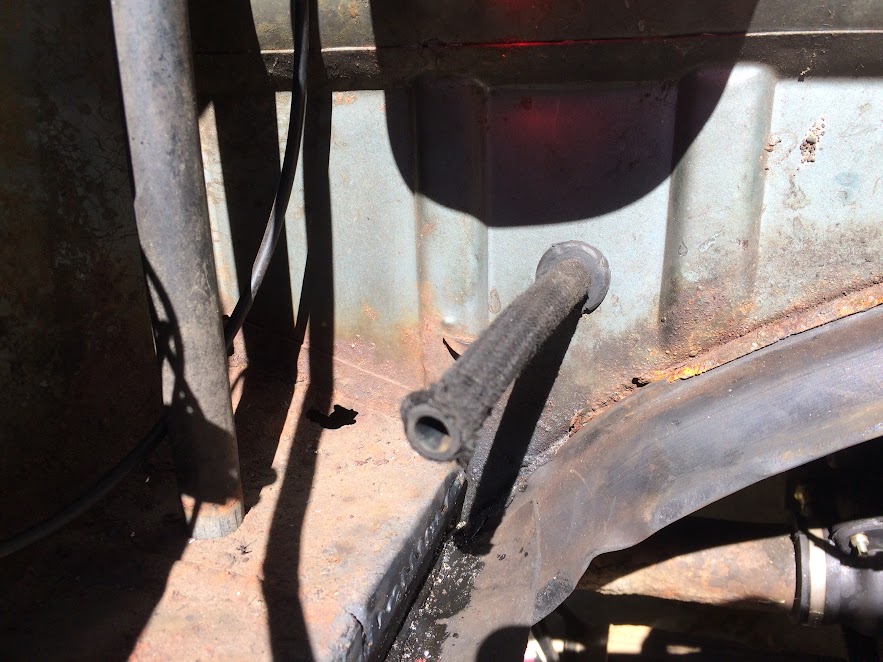 Wow, it looks crusty but complete. How are the floors and heater channels?

pwmcguire wrote:Wow, it looks crusty but complete. How are the floors and heater channels?

Nice car Bryce you got all the cool toys. Where did you get the fuel petcock from?

Dake wrote:Nice car Bryce you got all the cool toys. Where did you get the fuel petcock from?

Traded Vannah off to Gary today....I ended up changing the coil and light bulbs back to 6 volt and buying a new battery so he would have a fully functional car.  I did take a generator to be converted to 12 volt but I am still waiting for them to finish it so I will just keep it for a future project....stay tuned another possible trade!

Anyway this is what I traded Vannah for...

Similar topics
» Cucumber Beetle - Yellow with black spots
» My boxes are full of Japanese Beetle Larve
» Japanese beetle defense for green beans
» About a beetle, a hippie van and...
» BUG ID has this been a good bug or a bad bad bug?