I actually finished yesterday but wanted to go out for 2 rides before I called it a success. It ran beautifully.

My kids helped me pull it. The Greatest Wife in the World was kind enough to clean it. 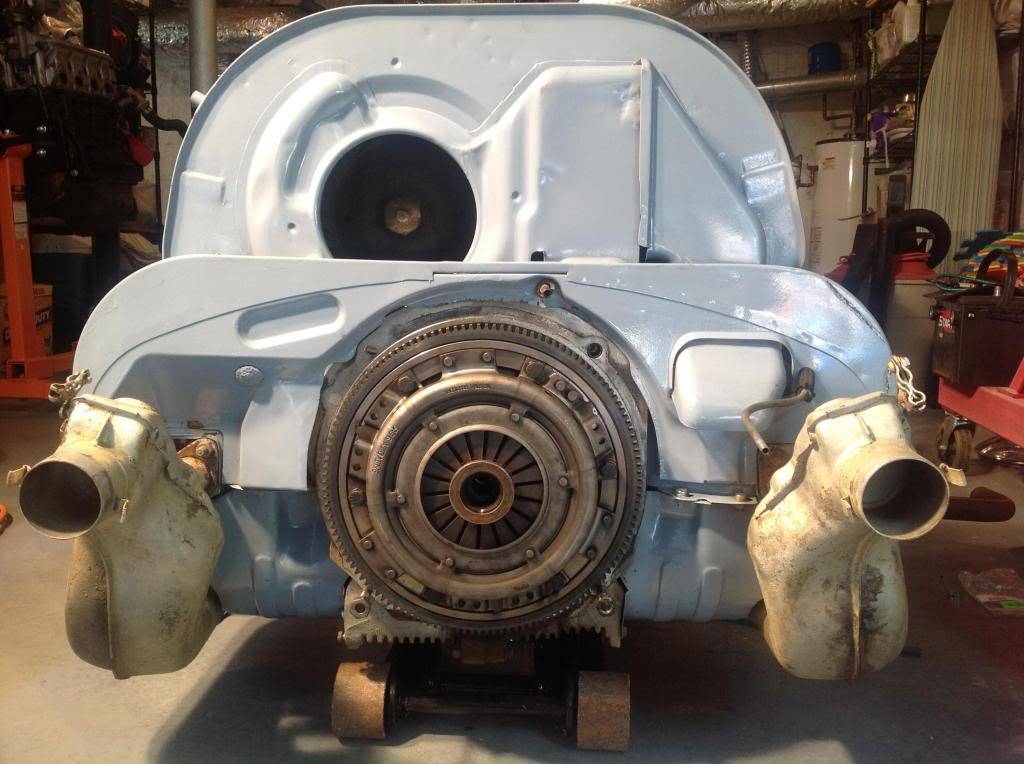 I moved the new fuel filter out of the engine compartment and clamped all lines (not all were clamped by PO).

Then, GWW helped me get the engine back in. While the Westy was up on jack stands I took the wheels off, scrubbed the wells, and applied a layer of undercoating.

So tonight I took it out for a 2nd shakedown run. I have a neighbor who bought a new '74 Bus back in the day, which of course he regrets selling. But he loves seeing the Westy when I drive it. He happened to just finish cutting grass when I came by, so he went for a ride with me. Good times.

Re: Finished! My 1st engine pull and reinstall

That really great to hear! Congrats on your success.

Similar topics
» A very cool 1974 pull-behind camper for VW's... (video inside!)
» movie of my car after i finished it
» My 66 beetle "Scooter"
» Bus Engine Bay Mod
» Bug With Semaphores at South PULL-A-PART