Bought this truck for the engine, tranny and front suspension to go on my 68 but after driving it I think I am going to make it my work truck.  It has drop spindles  along with a coil cut off the front and drop shackles in the back.....now to just get it one color, replace the rear bumper and get two front tires

And here is a picture of my 68

I moved the 79 a while back to a buddy that really needed a good truck and he is still driving it. Until recently I wasnt in need of a truck because I had a F250 super duty I picked up from Phil.  The time finally came to move the F250 as it was just more than I needed and I could use those funds for other things around the house.  Anyway I picked up another Chevy truck.....66 C10.....straight six three speed....I found out about it at the local feed store.  I etch cow bells for the lady there and her dad was selling the truck.

Picked it up last Sunday and I have been driving it around town most of the week.  I did rebuild the carb, figured out why the horn wasn't working and installed the horn button, and also re-wired the rear tail lights.  The tail lights and brake lights were working fine but there was like 10 foot of extra wire under there and whoever did the wiring thought twist and tape was better than connectors.  So I pulled it all out from about the middle of the bed back.  I did manage to get the reverse lights and tag light working while I was re-wiring.

I am looking for a tail gate if anyone has a lead on one let me know. 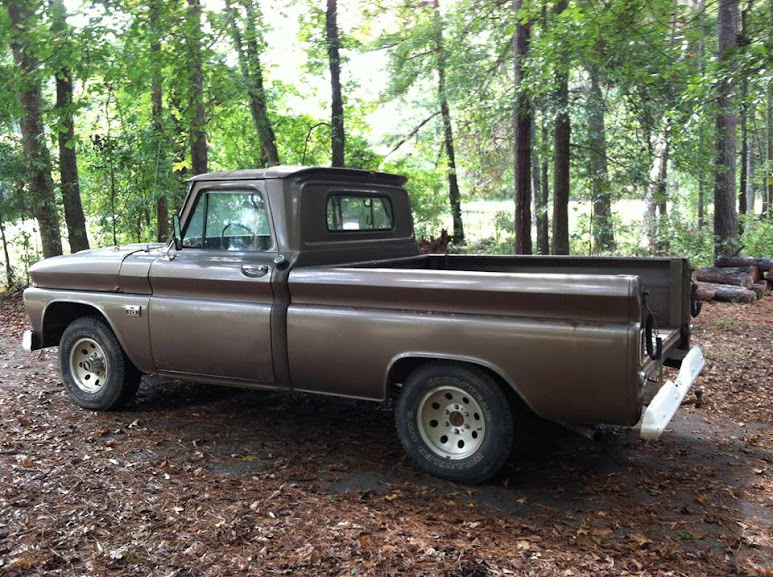 Found a tailgate on craigslist! 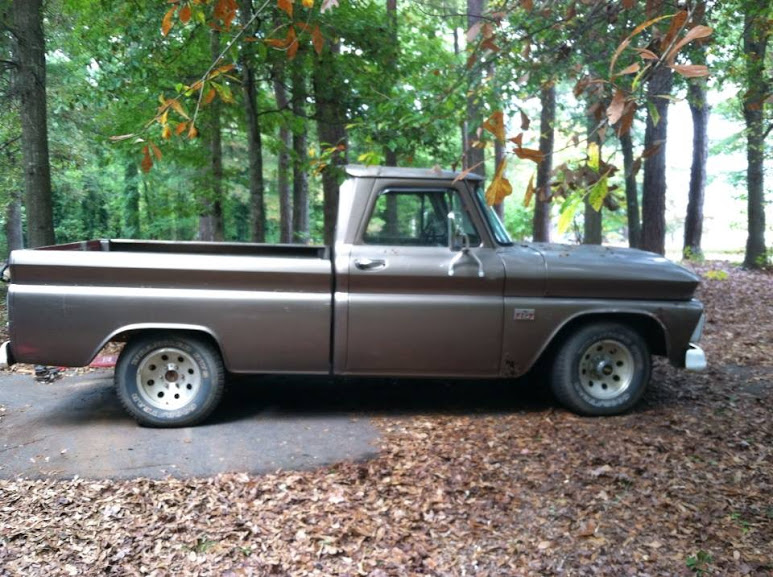 Also got the 4" rear springs installed but it got too dark before I could get pictures.

That is the year truck my son wanted but ran across the ford. Looks good. I'm all for the steel wheel look. I bought a whheel/tire combo over the weekend and got to see the guys project shop truck. Real cool. He had it old school lettered up and I think I want to so the same.

Got the tires mounted today and the wheels swapped along with buttoning up the rear 4" spring install.  Its coming along but it still needs to be a little lower but I will get to that when I buy the drop spindle disc brake setup for it....

I think you nailed the look. Perfect patina and the stance looks great to me but people say I'm boring when it comes to ride height.

damon23 wrote:I think you nailed the look. Perfect patina and the stance looks great to me but people say I'm boring when it comes to ride height.

Yeah I am happy with it. Just been driving it the last couple days. I like driving it but it does add up with the low mpg's.

I haven't done much to the truck in the last year.  I did replace the shocks, rear drums, shoes, wheel cylinders, and e-brake cables. 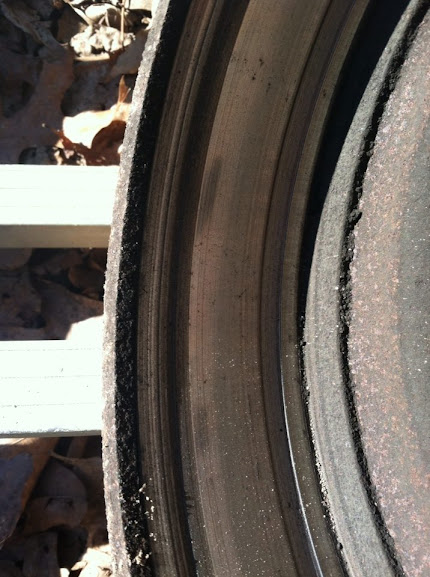 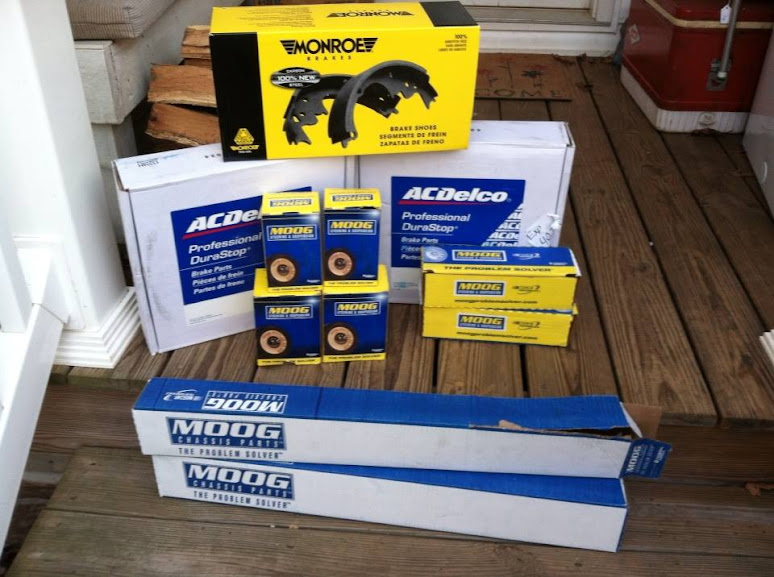 I also etched a simple bow tie on the back window. 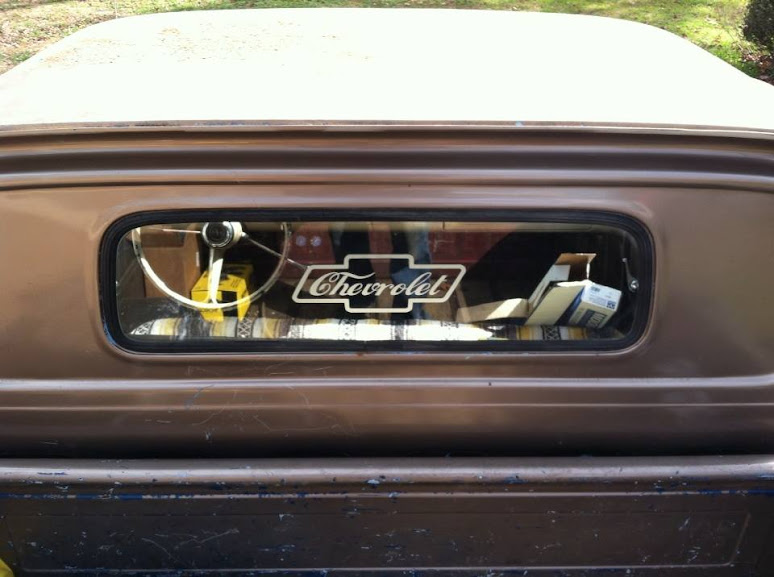 Also picked up drop spindles, ball joints, control arm shafts, disc brakes, brake booster and a new carb but I just haven't gotten around to putting everything on. 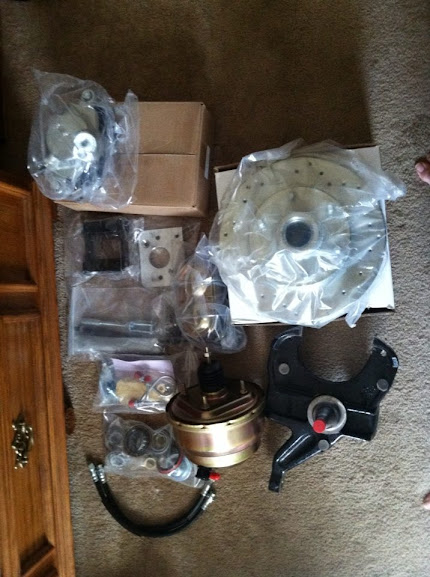 Nothing new just an old picture I ran across

Nice truck, for a Chevy. Nice to see the back pitched up. No one believes in that anymore. I can't tell you how many times I've heard to drop the rear on my '78.

I wish I had more room for projects. Nice looking truck

redneck_davis wrote:Nice truck, for a Chevy. Nice to see the back pitched up. No one believes in that anymore. I can't tell you how many times I've heard to drop the rear on my '78.

Thanks! I am glad you like Fords cause I wont touch one! The truck as it sits is 2.5" drop in the front and 3' or 4" springs in the rear (I bought them used and I am not sure how much drop they are). I still haven't gotten around to putting on the drop spindles and when I do that I will probably drop the rear with 5-6" springs.