My Rides You Guys

My Rides You Guys 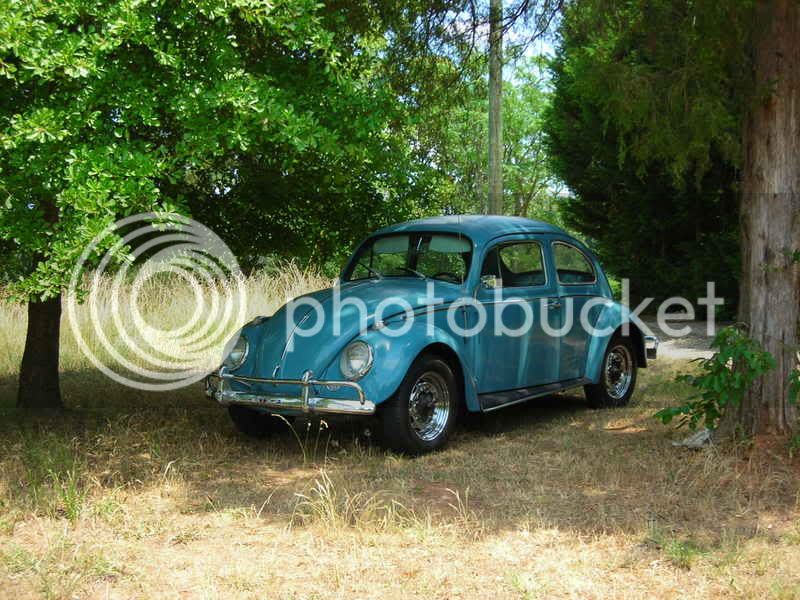 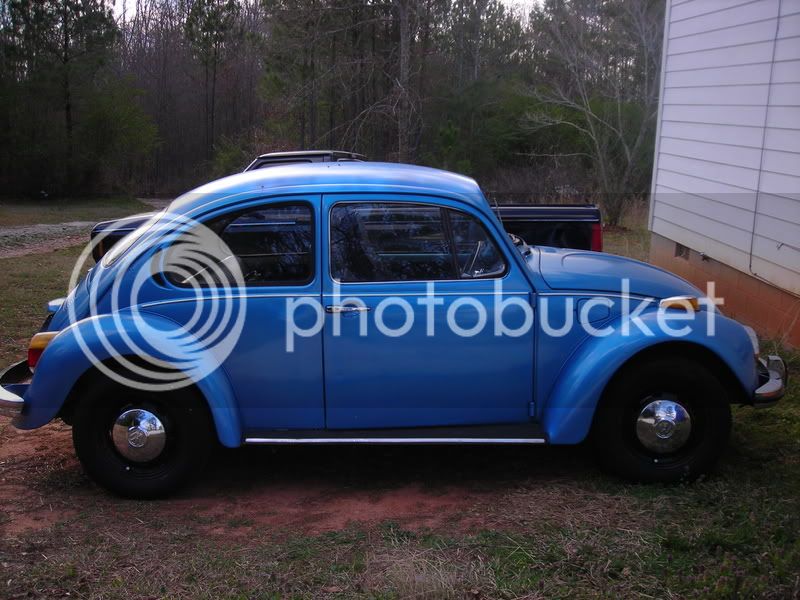 im a firm believer that pavement is meant to be driven on, not through.

that being said, ill rake the 63 as soon as i save up enough bread for a bigger engine.

just finished mounting and balancing the tires on my 60.

now i just have to map out the stencil work and its finished!

i also found a deal i couldnt pass up.

a 73 baja with good rims and tires, new pans, new body mounts, an IRS tranny, an extra tranny , pop outs, extra glass all around - except the windshield, two sets of headlights, two gas tanks, and a dual dellorto 1600 with 89.5 jugs torn apart for rebuild.

anyway, enough of the tease, here are the pics,

all of this for the wonderfully low price of $20.00 for gas.

Mow the lawn for Gods sake!

Wow that thing didn't come with a kitchen sink? Its got everything else!

and the perfect price

Who has time for lawn mowing when there are VWs to be worked on?

Who has time for lawn mowing when there are VWs to be worked on?

Who wants to put gas in a lawn mower when it could go in your VW to drive around more?

bah, grass. i just invite the neighbors goats over and they have a grand ole time. along with the deer that block me from my driveway every night.

tito wrote: i just invite the neighbors goats over and I have a grand ole time.

There are just some things you should keep to yourself.

tito wrote: i just invite the neighbors goats over and I have a grand ole time.

There are just some things you should keep to yourself.

and a little teaser of the interior

ill get some better photos. right now she's down 1 outer spline in the rear. the beam is a 5inch narrowed with the adjusters all the way up plus the 2.5inch drop spindles.

and for reference, my bug behind James' 63

well, i finally had enough of the 59 body and sold it to a pal of mine. the suicide doors and crappy body modifications pissed me off to no end. he has more patience and vision than i do so.... time to look for a new body for Sophia. found the donor in Macon. a guy had bought his daughter a 66 bug for her first car. thinking he had purchased a easy project he towed it home w/o checking it out thoroughly. the previous owner had parked it under a tree when it started running poorly and left it there for 20 years. he left the passenger side window down, unfortunately. so the pans... well.... im sure you can guess. so russell finds this out and realizes that he is in a heap of shit. he doesn't have the know how nor the space to do a body off pan replacement so.... i gets me a new bug for $800. which is damn good for prices around here.

it appears like it will take a bit longer before people here in georgia begin to realize that a depressed market does not mean you can expect $5k+ for your hoopty vw. but hey, i knew there was a reason i went to school for econ.... so i could watch and giggle

in good fun of course!!

as you can see, the floors are gone man. the package tray needs a replacement patch put in. the channels need to be surface patched. but other than that.... not nothing is wrong with it. a little grease on the window regulators and pop out latches and she is good to go.

we had to clear out the fuel lines of all the varnished gasoline.

its a beautiful patina isn't it?

we got the car home. replaced the crap 28pict with a 30. cleared out the fuel lines, replaced the rubber lines and put some fresh gas in.... she cranked right up. :rotflmao: a little smoke as the seafoam additive cleaned the valves and after a few moments my car was alive again. after 22 years baby! didn't even change the oil. it had no brakes whatsoever so we took it out for a cruise any way. my pal steve road shotgun with no seat and no floor. i never got about 40mph so he was perfectly safe.....

he took it for a spin and did a few donuts until the dry rotted bias tires gave out. *POP* and the tire comes off the rim. the car spun completely around it was awesome!. the engine never overheated or anything. i suppose tomorrow ill change the oil, spark plugs, and start stripping the 59 chassis down.

since i sold the 59 body, ill put this body, tranny, and engine on that chassis. and i used the cash from the sale to buy another buddies patina red 66 shell. ill get photos of it tomorrow. it is so pretty man. ill toss that shell on the 66 chassis and weld some plate (once i get some) on the bottom of it. the front is chopped off the red 66 so ill do a vrod. 10in extender is in the works already. oh man, im pretty stoked.

i would love a older style bug

ill just have to wait till i restore my 68.

oh wow, so did ya sell that big motor along with the body? or did that blow up or something?

Bugman114 wrote:oh wow, so did ya sell that big motor along with the body? or did that blow up or something?

nah, im keeping it. it'll go in the 66 vrod. i don't want that to be my daily engine. i figure that since it never ran for more than 10 days at a time since i got it from Joe that i can't really be sure it won't continue that trend. i can't risk that sort of hassle in my daily. im sure we got all the kinks worked out since we rebuilt it but.... gremlins are gremlins man. i KNOW that i got alot more life out of it than he would have. different styles of driving. Raby would say that i drive like a girl. and thats cool with me man. i do have a feather foot. the abuse that car took once we tore into it was simply amazing. the 2.2 will be back on the road soon but it needs a vacation first. ill get some photos of the bug its going in in a couple of hours. gotta run some errands first.

Similar topics
» 10-best-zombie-apocalypse-survival-rides
» Disney Confirms The Avengers 2 Movie, Theme Park Rides, Games
» How'd you make it through the tornadoes over the weekend? Please check in
» Hi Guys this is Mel !!!
» Just saw this Zoo-Doo