Wish I would have stayed at home today.  Whatever happened to admitting you made a mistake.   Yes it would have been a hundred or two to fix, but to just leave is outright wrong. 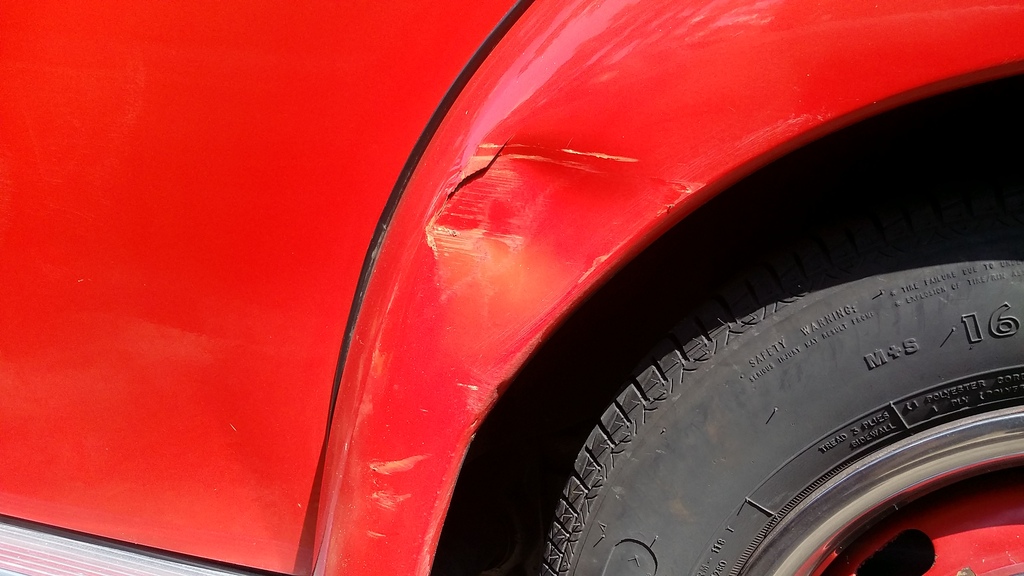 Yeah people now days don't care for their own car much less someone else's  car.
If that is the only damage  it doesn't look to bad..........but it still sucks that they would  not at least leave an apology  note.

Haven't even made the first payment on my new car and some one dinged the door. I feel your pain

No, its not that bad...but it is time and money that I would have rather spent elsewhere.

I tried to park up front so everyone could see this morning. Not sure how long I want to drive her like this, but I want to make sure I get my point across. 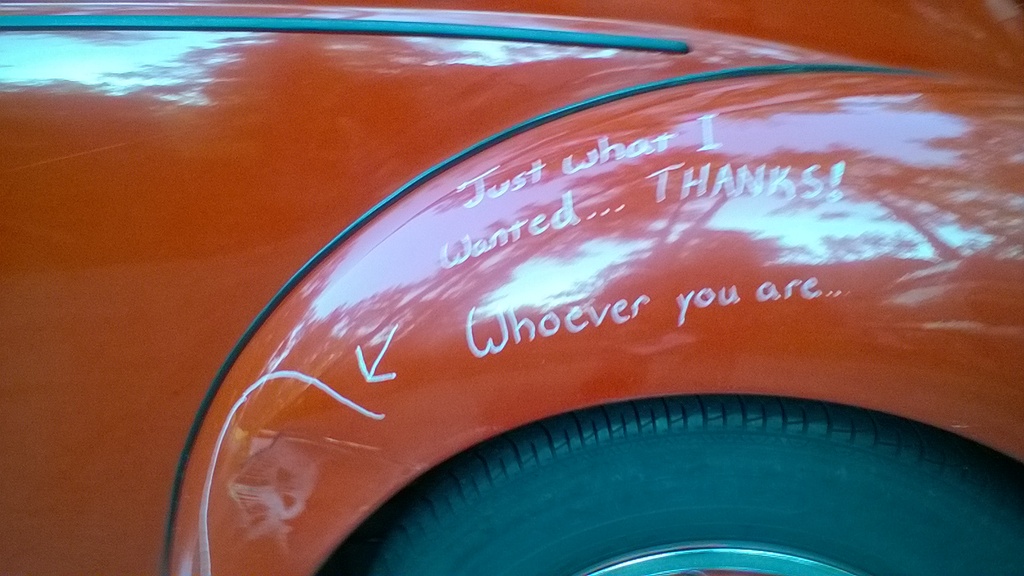 unfortunately the parking lot is huge and I am sure whoever did it is now parking on the opposite side.

You did check all the cars for paint exchange program?
Cameras?
-I figure that you did this, but does not hurt to ask.

I did look around and security claimed they had nothing on video.