I bought front door seals for a '78 bus from these these guys back in '06. I finally got the bus painted/repainted and I'm ready to glue 'em in (after 3 1/2 years) and I pull 'em out of the box, out of the plastic, and realize what a load of crap I bought. There's some kinda weird extra labia hangin' off of it and there's no way it's gonna' fit. I tried to "dry fit" it in and the place where it's glued together came apart. Because I bought this garbage 3 1/2 years ago I doubt Mid America would refund and I sure won't buy anything else from them anyway. I got so upset with them on a previous order/backorder/backorder that I told them to shove it and quit sending those catalogs every two weeks. (That's why their S#!t's so high.) I still get their catalogs and they go straight to the trash.

I actually thought I got these seals from West Coast Metric because they were in a WCM box. I had ordered seals and window rubber from both places but I had them in the same box. So my dumbass called West Coast before I realized who I'd got them from and talked to a guy named Raoul. He was cool, pulled a door seal from the shelf and we went round and round trying to figure out why my seal had the extra kanoodle valve and theirs didn't. So he said he'd look at the seals on a bus in the parking lot and call me right back. That's when I looked at the part # on the bag and realized it wasn't a WCM number. Oops!

So I called him back and apologized for my stupidity and put in an order with him.

I usually order fail proof stuff from them, usually when I need something quick.

Give me the part#s and I'll tell you what they fit, so you can trade/sell them to someone who needs them.

Says '68 - '79 Type 2. I paid $20 apiece for them. They're Brazilian. The one can be glued back together but I still don't think it fits, especially at the top rear corner of the door where the inside is rounded and the outside comes to a sharp corner. If the seal follows the round part (like it does on my other '78) then the extra lip can't follow over the sharp corner. It's crazy or I'm crazy. If somebody wants them they can have them or make a small swap for something. I have new ones coming from WCM and the guy assures me they're right.

I had the same problem with the seals I am using on my 75 Westy. I can't tell you where they came from because the previous owner bought them. They didn't fit correctly and I haven't even used them for a year yet and they are allready falling apart. After doing a little bit of research this is what I found which should be common sence. ( You get what you pay for ) $20 Brazilian seals are CRAP!!! Spend the money and buy good German seals about $50 a piece from Wolfsburg West. There are some OK Brazilian brands out there but by the time you find a good one the cost of your time and money is way over what it would have cost you to buy the good ones from the start.

Perhaps you could make a picture frame out of them

be interesting to see how they make out one this one
http://www.thesamba.com/vw/forum/viewtopic.php?t=435426&postdays=0&postorder=asc&start=0

Clyde, the VW part #s are on the bags the seals came in, but not the promonent # on the bag. The MAM invoice lists them as the "item" numbers listed above.

Picture frame's a good idea but I may just cut them up, tie them together like a cat o' nine tails and flog myself.

headlight seals havent been on the car for 2 months yet

Im ordering some new ones from wolfsburg west 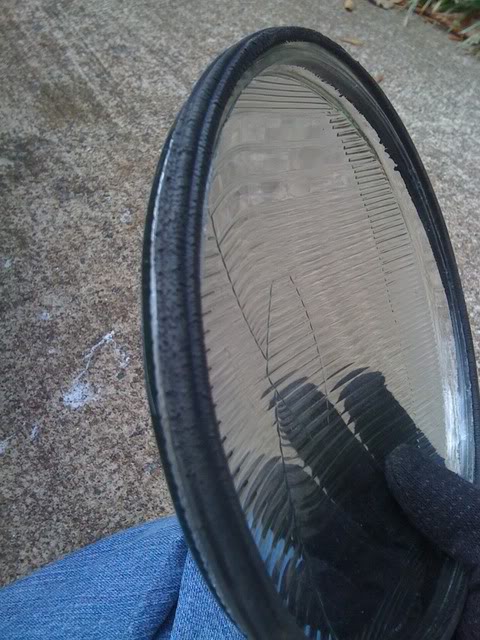 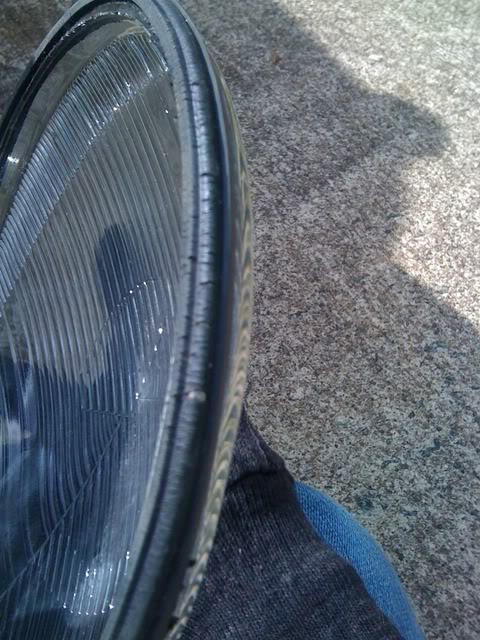 i try to steer clear of most mail order. when i was having the body work done on Laz ,it was brought to my attention that the rear quarters were shot (as on most late cars with vents) .i looked all over and found complete rear quarters @ MAM. when i got them they were really nice and in a genuine VW box (both sides). its probably the last nice part they sold anyone. that was in 03.