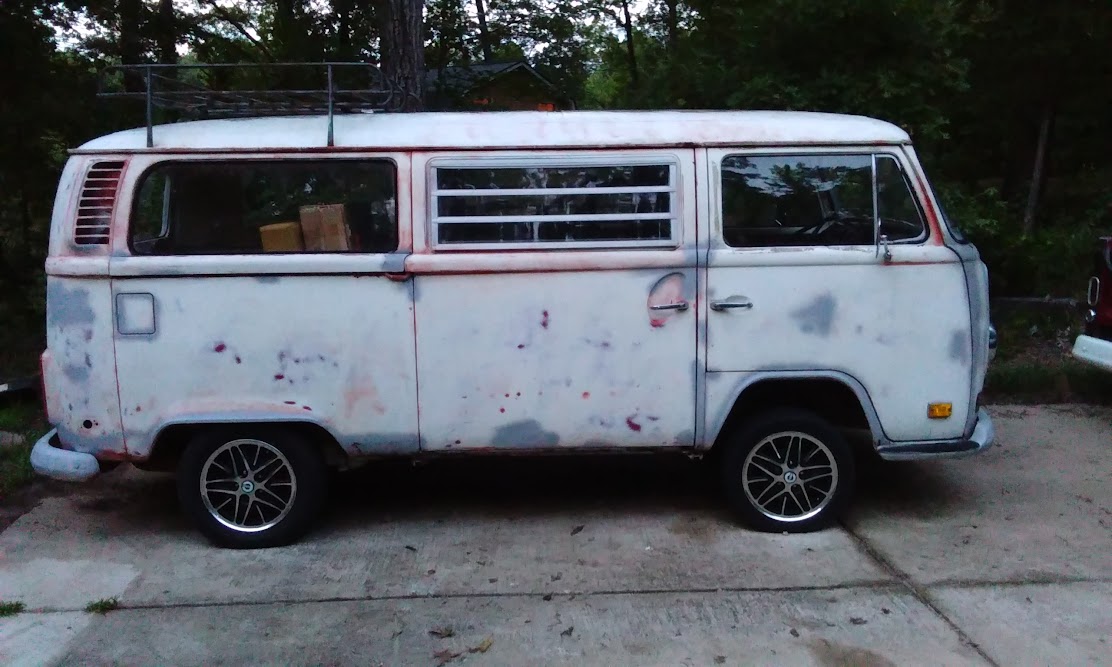 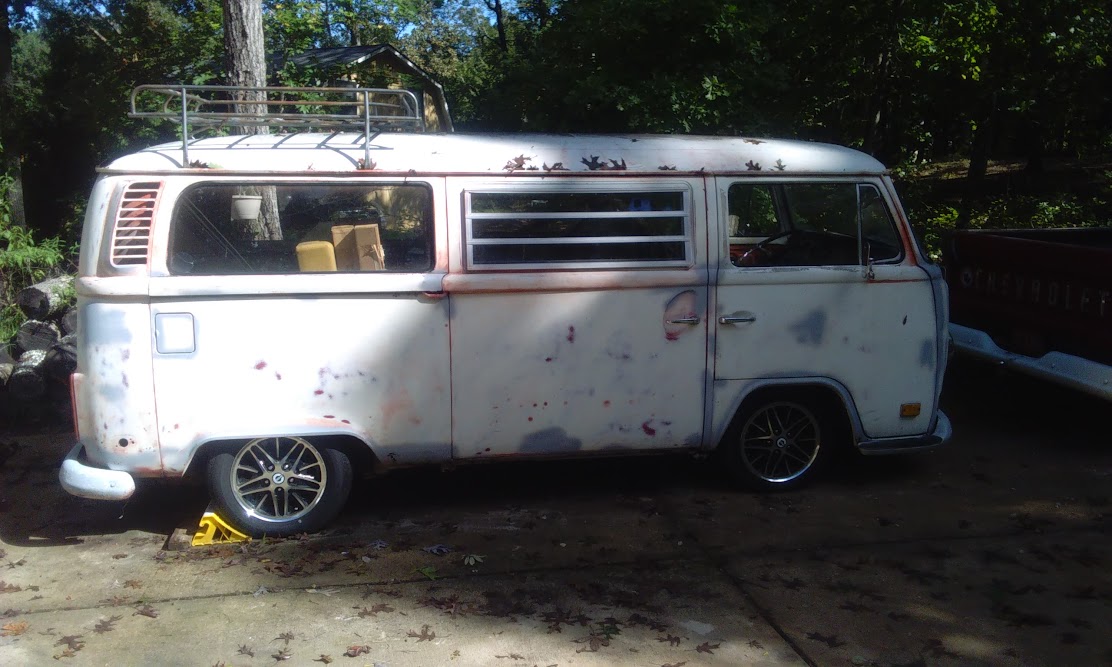 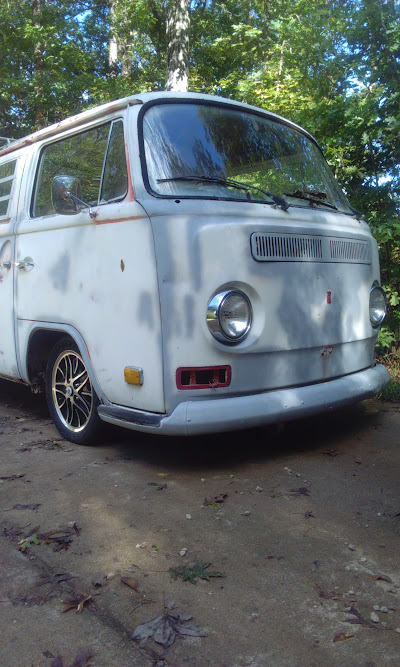 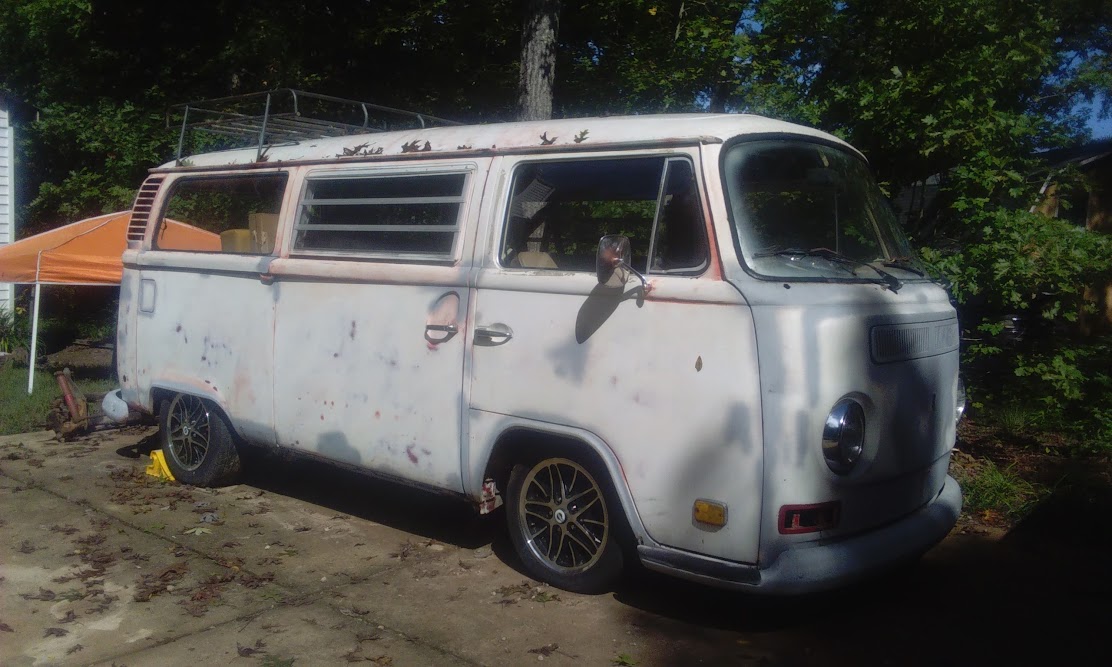 Current stance is as high as it can go! 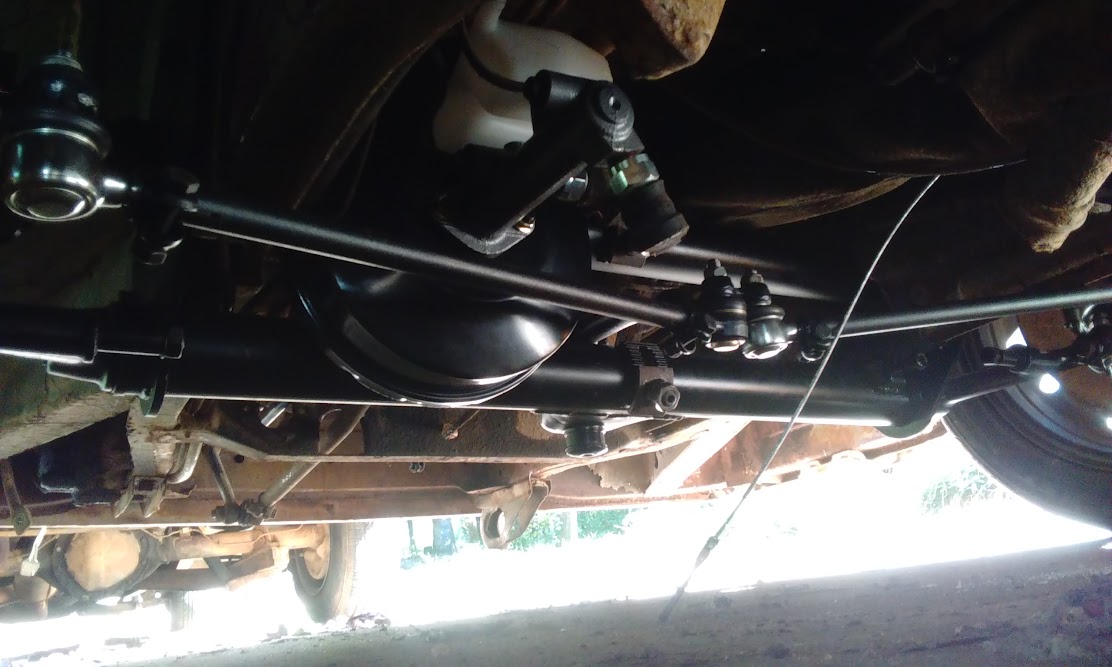 Got the new e-brake cables ran after drilling holes in the springplates and fixing the backing plate on the driver side.....the old cable was stuck in the tube.   I sand blasted and painted the e-brake hardware, brake line clips, the shifter base and lockout plate.  I installed new rear shoes, wheel cylinders, brake hoses, and adjusters.  Now back to the front for some custom caliper brackets.... I went down to Bugeyed yesterday and picked up a shifter boot and new windshield.

The bus kind of got put on hold for a bit due to the weather, other projects and I need to build some caliper brackets to finish the brakes.... I did pick up a few things I needed for the bus though including rear shocks, visors, clips, some cv boots and grease.